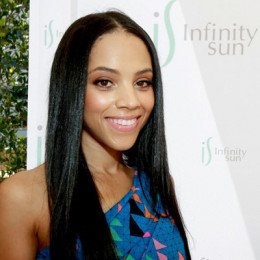 Bianca Jasmine Lawson is an American film as well as a television actress. She is best known for her role in The Vampire Diaries, Pretty Little Liars, and Teen Wolf etc. She is the daughter of Richard Lawson and Denise. Her father is an actor. She is African- American, Portuguese, Creole, Italian and Native American descent. She had attended Stella Adler Studio of Acting. She has graduate from Marymount High School which was a Catholic school.

First Bianca had affair with an actor but later on, they broke up. After that, she started dating a guy for four years from 2004-2009. She has not married yet so she has no child. Bianca is awarded Teen Choice Award for her performance in save the last dance. She started acting since the age of nine. She has also made an appearance in two different television series.

American film and television actress Bianca Lawson was born as BiancAa Jasmine Lawson on March 20, 1979, to Denise (née Gordy) and actor Richard Lawson. She is the stepsister of Beyonce and Solange Knowles. Bianca was raised in Los Angeles, California.

Lawson is popularly known for her role in the television series Saved by the Bell: The New Class, Goode Behavior, Pretty Little Liars, and Rogue. Her parents are both African-American, and she also has Italian, Native American, Portuguese, and Creole ancestry.

Bianca attended the Stella Adler Studio of Acting and completed her graduation from Marymount High School which is a Los Angeles-based Catholic School. Later she went to study film and psychology at the University of Southern California.

Bianca Lawson started her acting career at the age of nine years as she used to appear in commercials for Barbie and Revlon. Her actual acting career has begun in 1993, she was approached in the television series Saved by the Bell: The New Class.

Even she appeared in several episodes of The WB sitcoms Sister as Rhonda Coley and The Steve Harvey Show as Rosalind. She has worked in several movies and series such as; Goode Behavior, Buffy the Vampire Slayer,  Dawson's Creek.

In 2009, she was cast in the CW television series The Vampire Diaries as witch Emily Bennett. The Same year she appeared in ABC family series Pretty Little Liars. Besides from acting, Lawson provided her voice to the 2011 video game Star Wars: The Old Republic.

In 2016, she was cast in the Oprah Winfrey Network drama series, Queen Sugar.

The current relationship status of Pretty Little Liars fame actress is possibly single. However, once it was rumored, she was in a romantic relationship with  Ness, Spanish actors. But due to some personal issues, the couple ended their four-year long relationship in 2009.

She portrayed the role of a lesbian in Pretty Little Liars. So, many people assumed her as Lesbian in real life too but she clearly mentioned her sexuality is straight.

Bianca has earned a quite impressive net worth of $2 million dollars from her acting career.