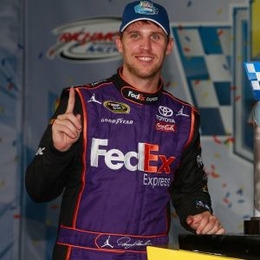 Denny Hamlin is an American NASCAR race car driver who has been driving professional since 2004. He has been following his passion for car racing since he could remember, and he eventually fulfilled his dream in his early 20s. The skilled driver has so far won prestigious cups like Daytona 500, Sprint All-Star Race, Aaron's 499, etc.

Has Denny Hamlin Married? Who Is His Partner?

The Daytona 500 winner is in a live-in relationship with his beautiful partner, Jordan Fish. His longtime girlfriend Jordan is a former dancer and cheerleader for Charlotte Honey Bees. 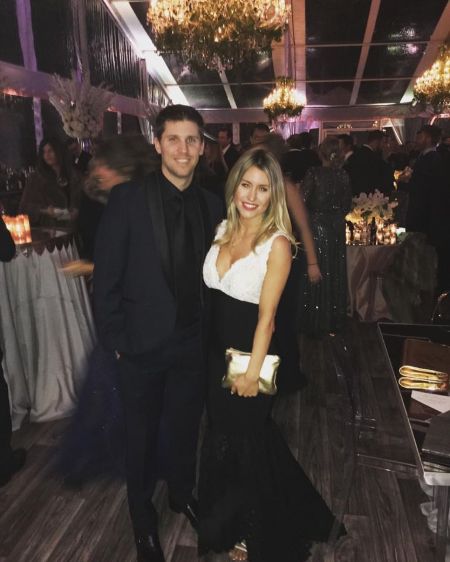 The lovely pair first met in 2007 at that time his lover Jordan was serving as a cheerleader known as Charlotte Honey Bees for NBA team Charlotte Hornets.

It was love at first sight for Hamlin, and he decided at that moment that she is his special someone. A few years later, the couple went on their first-ever date at Peter Rose restaurant in Charlette, North Carolina.

Since then, Denny and Jordan have been together. The duo is even blessed with two lovely daughters; Taylor James Hamlin (January 20, 2013), and Molly Gold Hamlin (August 15, 2017). 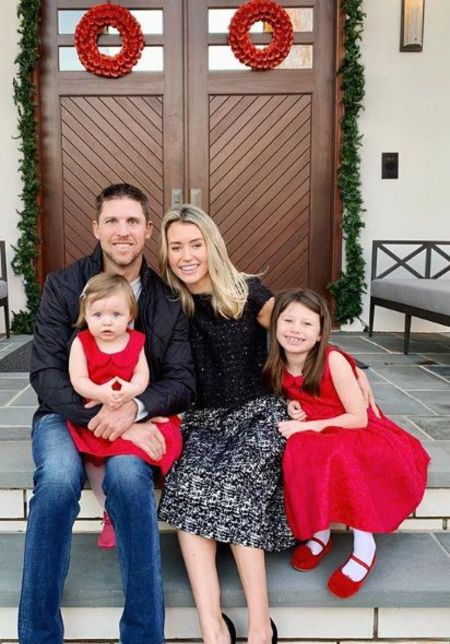 Although Hamlin has been living with his significant other for many years now, it is surprising they have not tied the knot yet. Let's hope fans will get to hear about the good news of their marriage soon!

The car racer might be living a delightful life with his lovely family, especially his beau, but Fish is not his first love. Before that, Hamlin was in a relationship with his high school sweetheart, Kristian Buntain.

The couple was in a relationship for a long time, eight years to be exact. Denny and Kristian even used to attend various events together. 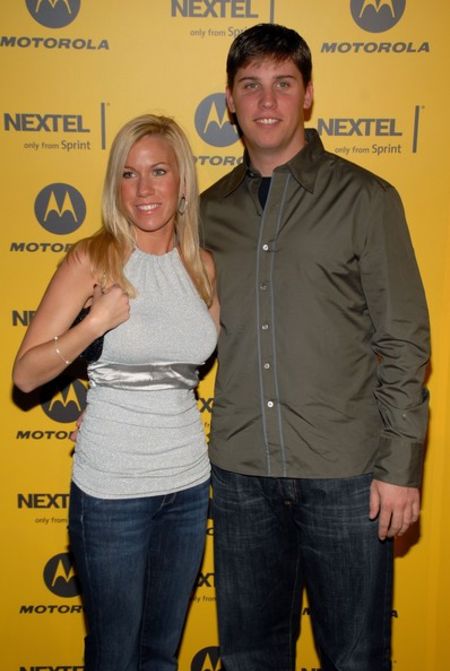 But as they say, some things are not meant to be, and that was it for the pair, after many years of living in a relationship, they parted ways.

Fast forward more than a decade right, it appears both of them moved on. Kristian is also married and has two adorable sons with her husband.

Denny is one of the decorated race car drivers of the 21st century. From his incredibly successful career, Denny has done well to accumulate an impressive $45 million, as of 2019.

In comparison, another American race car driver Kenny Wallace holds a net worth of $9 million, as of 2019.

Check out the clip of Denny Hamlin winning the 2019 Daytona 500!

The talented racer earned $1,064,110 in his extraordinary rookie year in 2005. Currently, he is one of the highest-paid Nascar drivers in the world racing in $15 million every year. If we are to calculate his total career earning, he has easily made over $100 million in his 16-year career so far. 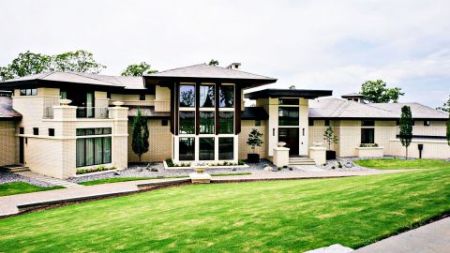 Well, he does not need to worry about taking his kids to play outdoor games, 30,000 sq. Feet is more than enough space to do a whole lot of things. Therefore, there is few doubts that Hamlin and his family has any difficulties in living a comfortable life.

Taylor James Hamlin is the oldest daughter of Denny Hamlin and Jordan Fish. She was born on January 20, 2013.

Molly Gold Hamlin is the youngest daughter of American NASCAR driver, Denny Hamlin, and former cheerleader and dancer, Jordan Fish. She was born on August 15, 2017.