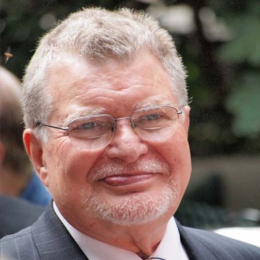 Derren Nesbitt is an English actor who became famous for playing the role of a German soldier named Major von Hapen in 1968 movie 'Where Eagles Dare'. Beyond this movie, he has memorable roles in movies such as 'Victim', 'The Informers' and 'The Naked Runner'. He also worked in television and has roles in movies such as 'Man of the world', 'The Prisoner' and 'Special Branch'.

Is Derren Nesbitt Married? Know more about his Personal Life and Relationships

Derren Nesbitt is currently married to former stage production assistant Miranda Nesbitt. The couple shares a big age gap of 22 years and they often faced criticism for that. Miranda is Nesbitt's fourth wife as he had three previous failed marriages. 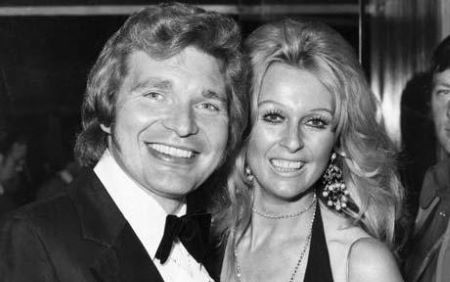 The actor first married to English actress Anne Aubrey in 1961 but they got divorced in 1973. It was reported that Aubrey cheated Nesbitt with Peter Blatchley and he physically assaulted his wife when he found about the affair. The duo shared a daughter named Kerry Nesbitt born in 1962.

Later, Nesbitt married two more times before settling with Miranda so altogether she married four times and has five children to his name. Further, when he was asked about his rocky personal life in an interview he answered:

"My downfall was never being able to say No. I've always loved women, but in the long run, it's far safer to sleep with a Bengal tiger which hasn't eaten for six months than go to bed with a woman!"

Nesbitt who is happily living with Miranda for over 15 years now, said following about his current spouse:

"I never knew that women were like this! If she'd been the first, life would have been very different!"

Derren currently lives in Worthing, Sussex with his wife and enjoys walking along the seafront.

Derren Nesbitt who is 84 years old boasts an overall net worth of $7million-$10 million. This net worth is accumulated through his decades of work in movies and television. 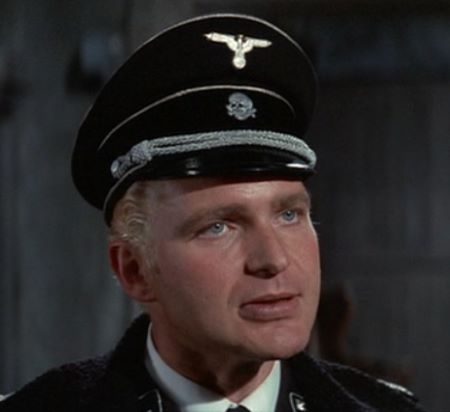 Derren Nesbitt in his iconic role of Major von Hapen in the movie 'Where Eagles Dare'.
SOURCE: Villians Wiki-Fandom

Nesbitt is actively working in movies from the 50s and has worked in over 40 movies including movies such as Victim, The Naked Runner and Where Eagles Dare. The median salary of an actor is $50,529 per film, so he earned substantially from his movies.

Derren started his career in Television and continued to act in TV series even after transitioning to movies. He was part of the shows such as Emergency Ward 10,  Doctor Who, Special Branch, and The Courtroom. The TV actor in the UK is paid on average $507- $2538 per episode.

Nesbitt currently resides with his family in a house located in Worthing, UK. The average price of the house in that location is $398210. 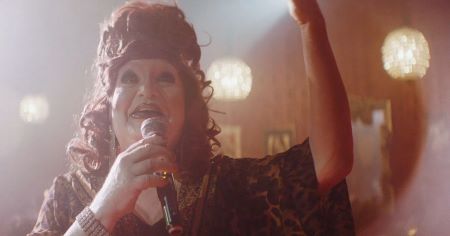 Nesbitt in the role of an 80-yr-old drag queen in the movie 'Tucked.'
SOURCE: Mirror

Miranda Nesbitt is fourth wife of Derren Nesbitt. He had three divorces prior to that. The age gap between Miranda and Derren is about 22 years.

Anne Aubrey is the first wife of Derren Nesbitt. The couple got divorced because of infidelity and domestic violence.

Kerry is the first child of Derren Nesbitt. He has four other children through three wives, no .information is available about them.