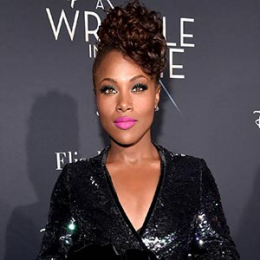 American actress DeWanda Wise is best known for her role as-as Nola Darling in Spike Lee's Netflix series "She's Gotta Have It". She and her husband both are vegan She is the final speaker for this year's GirlbossRally.

DeWanda Wise is happily married to the fellow American actor Alano Miller. Miller is best known for his role in the short-lived WGN America drama series Underground. Moreover, Wise and Miller walked down the aisle on June 26, 2009.

One of many amazing pics from the @regardmag shoot. Shot by the brilliant @dimitryl and styled by the fierce @tgatiffanystylist with @hmubymelbe This was definitely a dream opportunity. To stand next to the Bonnie (@dewandawise ) to my Clyde and walk humbly and boldly as one of the next power couples. Best is yet to come. All I can say is Thank you!

After dating for 3 months, the couple tied the knot in an intimate ceremony held between their close friends and family. DeWanda even confessed she knew he was the one with whom she wanted to spend her whole life in a statement. She said in a statement,

"I married my husband after three months, I just knew."

The duo is sharing a very healthy marital bond with no signs of divorce. What's more, they are deeply in love as if they had met only yesterday. Though they are together for over 10 years now, they don't share any children till the date. It seems like they are currently busy and focused on building their future.

Apart from her relationship with Alano, the actress has not dated any other person in her life and is not linked with any man outside of the reel life. Besides, she hasn’t faced any controversies and rumors regarding her personal life and her professional life.

How Much Is The Net Worth Of DeWanda Wise? Know About Her Salary, Earnings, Career

#TribecaFilmFestival is fully underway!!! Opening night at the world famous Apollo Theater was humbling to say the least. (Keep a look out for the HBO doc!) So excited to be inspired the next two weeks by some phenomenal women filmmakers. (Also, @jasonbolden told me I would wear this dress I refused to try on...he’s )

She played in Television series like CBS All Access "The Twilight Zone", FOX's drama "Shots Fired", WGN's "Underground", HBO's "Boardwalk Empire", and "The Good Wife." So, no doubt she made a good fortune from these television dramas.

Whole squad on that real ___. #TwilightZone “Six Degrees of Freedom” is LIVE.

She also makes a good fortune from her career as a model. She earns heavy bucks from brand endorsements and ads. What's more, she amasses $912 - $1,520 per post in her Instagram account. Also, the average salary of a model is $42,180 per year.

She started her acting from theatre and in the year 2006, she got her first role in the short movie Super Powers where she played 'Mrs. Elliot'. She debuted in a television drama as 'Angela' in the drama Law & Order: Criminal Intent in the year 2007.

DeWanda rose in fame only after her award-winning performance in 2017’s Netflix series "She Gotta Have It" where she portrayed the role of Nola Darling. Moreover, she has loved her appearance as Terry Easle in Firelight, Tanya Dean in The Mentalist, Shameeka Campbell in Shots Fired, Alexa Brandt in The Twilight Zone. 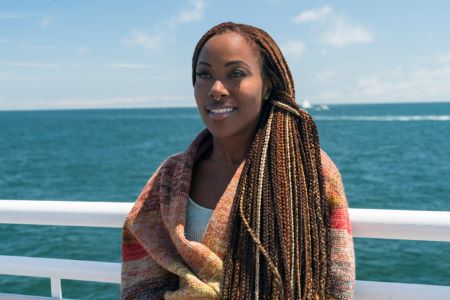 DeWanda Wise tied the knot with Alano Miller in an intimate ceremony in between their close friends and family on June 26, 2009.