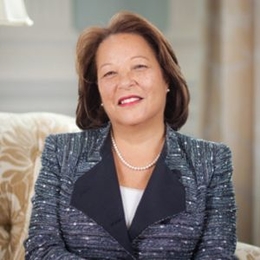 Diane Patrick is a successful lawyer who has made a name for herself in labor and employment law. She, however, is best known to the public as the wife of presidential hopeful Deval Patrick.

The Former First Lady of Massachusetts!

The New York native Diane Patrick is happily married to the former governor of Massachusetts, Deval Patrick. The pair are together for the past three decades.

Diane Patrick, who was born as Diane Bemus, tied the knot with Patrick on May 6, 1984. The wedding was a low key affair that was attended by close friends and family. 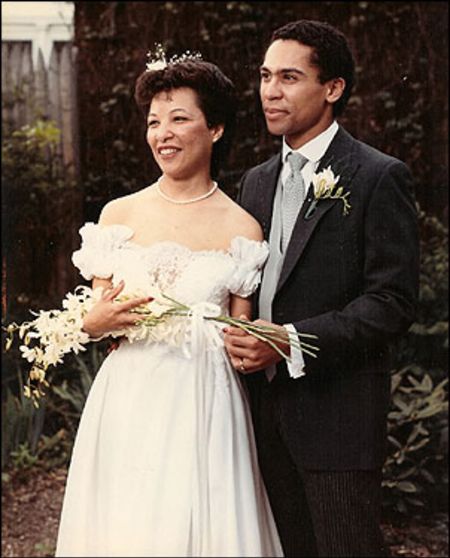 The ceremony was held at the couple's house in Brooklyn. Furthermore, Diane's sister Lynn Bemus Chavis became the maid of honor.

For the big day, Diane chose an off-shoulder white dress with no veil. Meanwhile, her then-boyfriend now-husband wore a striped black tuxedo with a grey vest and matching tie.

It is over 35 years since Diane married the Harvard graduate. In this long period, they faced numerous difficulties because of their biracial relationship, however, they survived all of those together and did not let the difficult times affect their relationship.

Deval Laurdine Patrick, aka Deval Patrick, is an American politician, a civil rights lawyer, author, and businessman. He, however, is most famous for being 71st Governor of Massachusetts from 2007-2015.

The Chicago born served two terms as a governor. In his eight years of tenure, he bought significant changes in the state. He implemented the 2006 health care reform, which was enacted by his predecessor, Mitt Romney. 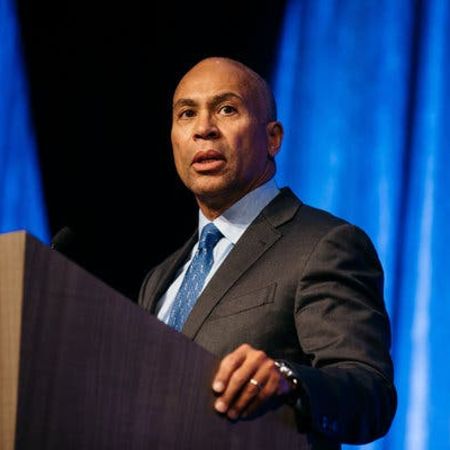 Patrick furthermore brought changes in the Massachusetts Department of Transporation, increased the minimum wage, and took the initiative to reduce greenhouse gas.

The first black governor of Massachusetts decided not to seek election for the third term. After the end of his governorship, he joined the private sector.

The former governor became the managing director of private investment firm Bain Capital. He, however, resigned recently from the post. In addition to that, he serves as the chairman of the board of a fellowship program, Our Generation Speaks. 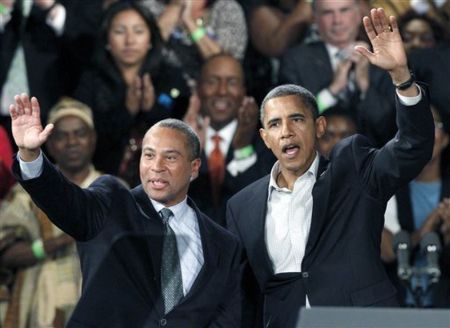 On November 14, 2019, Deval officially announced that he would enter the 2020 Democratic Party presidential primaries. He mentioned that he was uneasy about the existing field of Democratic candidates; thus, he is trying out the area.

A Mother of Two Children

Diane and her husband are proud parents of two daughters. Their firstborn, Sarah Patrick, is happily married to Marco Morgese, a former Italian soldier.

The couple exchanged vows at the family farm in Richmond in September 2011. Furthermore, Sarah's father Deval officiated the wedding. The new York graduate gave birth to a son Gianluca Noah Patrick Morgese, on May 20, 2013. 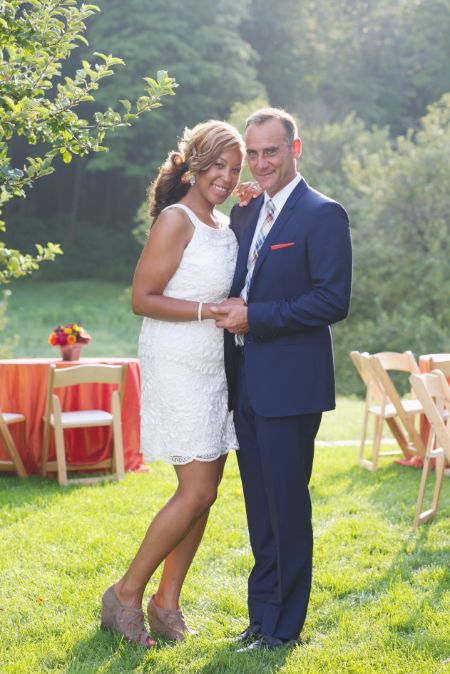 Diane's second child Katherine Patrick is a lesbian. She realized she was not straight in high school. She opened about her sexuality to her friend, sister, and maternal aunt.

The Smith College graduate revealed her sexual orientation to her parents in 2007 and they were nothing but supportive of her. After the revelations, they just hugged her and continue the day like any other day. 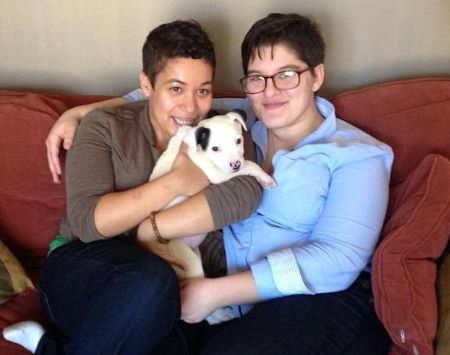 At present, the youngest Patrick is getting her doctorate in psychology at the Wright Institute in Berkeley, California. She is engaged to Alisha Marie Lemieux, who is studying a bachelor's degree in Sociology at Mills College in Oakland, California.

Is Deval Second Husband of Diane's?

Yes. Diane's marriage to Deval is her second. Her first marriage ended in divorce. The name of Diane's first husband is not revealed to the public. She, however, mentioned that she suffered spousal abuse in her first marriage. The violence left a long-lasting effect on her mental health.

Mrs. Patrick was hospitalized with depression in her husband's first term as a governor. The negative coverage by the media triggered the disease.

The Queens College graduate did not grow up in the public eye so, the sudden attention from the media, especially the negative ones, affected her mental health.

The successful lawyer resisted taking the medical help, as she was wary about the reactions of her clients and the public in general. 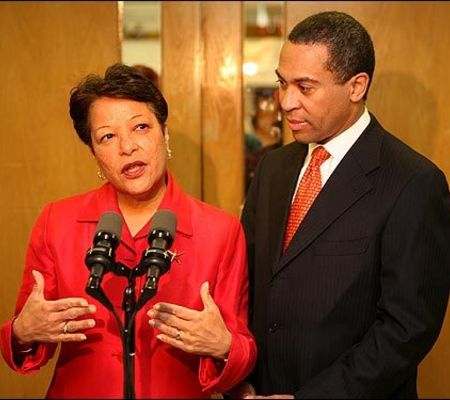 Diane returning to her duty as the First lady after depression. SOURCE: Boston.com

After Diane was admitted to the hospital, her spouse revealed her health problem and announced that she would be taking a break from her responsibilities. Her conditions improved with the help of treatment and therapy session.

After getting well, Diane was still afraid of people's reactions to her depression but ironically she was surprised when she only got compassion from the public.

The love the former MA first lady got from everyone encouraged her to talk about her depression openly. She furthermore urged others to get medical attention.

In 2018, Diane was diagnosed with stage I uterine cancer and underwent surgery. Her medical condition was the reason Deval decided against entering the presidential race. However, she is now cancer-free and is recovering well.

Diane Was A Successful Lawyer

Diane, the graduate of Loyola Law School, retired as a lawyer in 2016. In her three-decade-long career, she worked at Harvard University and other well-known law firms.

On average, a lawyer in the USA earns $119,250 a year. An experienced lawyer can make $178,480 a year. Since Diane is working in the law for a long time, there is no doubt her salary was more than average.

Before working in public service, Patrick worked as a counsel in well-known companies such as Texaco and Coca-Cola. His salary at Coca-Cola was $1.5 million-$2 million. Furthermore, he also had stocks in companies such as Reebok Internation Ltd and United Airlines Corporation.

The presidential hopeful Deval Patrick is yet to disclose his financial records. However, based on the disclosure made before the gubernatorial race in 2006, the couple earns several real estate properties throughout the country. 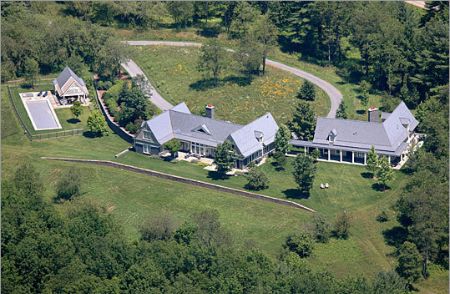 The lawyer couple bought the house in Milton, Massachusetts, in 1989 for $560,000. They sold the house for $1.2 million. Furthermore, the vacation homes at Berkshires, Massachusetts, cost $1.1 million in 2006. In addition to that, they own a condo in Atlanta, Georgia.

Deval Patrick is an American politician. He and Diane are together for nearly 35 years. They share two daughters together.

Sarah Patrick is the eldest daughter of Diane Patrick and Deval Patrick. She is happily married and is a mother of one.

Katherine Patrick is the youngest daughter of Diane Patrick and Deval patrick. She is a lesbian.