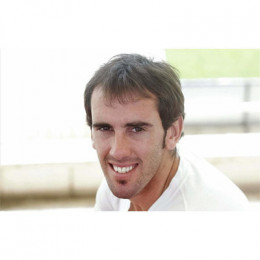 Diego Roberto Godin Leal is an Uruguayan soccer player. He plays for Spanish club named Atletico Madrid. He plays as a central defender. There is no information about his father and mother. In 2003 at the age of 17, he had started his professional career. Due to his good performances, he became captain of his team. In 2007 he had signed a five year deal with Villareal CF.

Diego Godin was born Diego Roberto Godin Leal on February 16, 1986, in Rosario, Uruguay. He is Uruguayan and belongs to the Caucasian ethnicity.

Godin started his professional football career at the age of 17. Later, he transferred to the top division powerhouse, Club Nacional de Football because of his good performances.

Godin made his debut for Uruguay at the age of 19 for a friendly match against Mexico. In 2007, he represented his country at Copa America. He was selected for the squad at the 2010 FIFA World Cup in South Africa.

He featured in Uruguay's successful 2011 Copa America campaign. Then he participated in the 2013 FIFA Confederations Cup. In 2014 World Cup he was selected by Oscar Tabarez.

Godin was named as captain for Uruguay's defense of the Copa America during the 2015 continental tournament in Chile.

Diego Godin's shared a romantic relationship with his longtime girlfriend, Sofia Herrera. The duo is together for a long time. Godin is quite secretive about his personal life which might be the reason he never talked much about his love life with media.

The current market value of Godin is $22.88 million. In November 2013, he signed a contract of $9.8 million with Atletico Madrid.

Let's check out the interview video of Diego Godin!