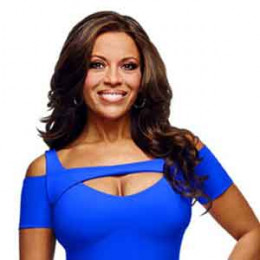 The reality star, Entrepreneur and philanthropist Dolores Catania is best known for appearing in the reality series, The Real Housewives of New Jersey. She was featured in season seven of the series and gained immense fame from the show. Besides she is an entrepreneur as well and owns some fitness centers. She first opened a gym in Whippany in 2016 and named it Powerhouse Fitness Center of Whippany.

Dolores Catania was formerly married to an American entrepreneur named Frank Catania. She is possibly single now and hasn't been rumored to be in a relationship with anyone at the moment.

Dolores Catania was born on December 28, 1970, under the birth sign Capricorn in Paterson, New Jersey. She belongs to Italian-Irish descent. 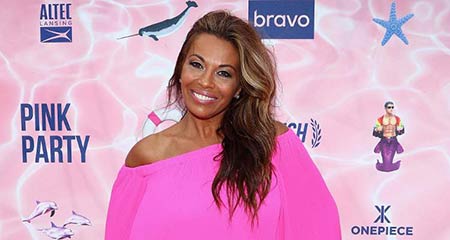 As for her educational background, she attended Seton Hall University where she studied gambling law with a JD.

Dolores Catania is a reality star who is known for her appearance in the reality series, Real Housewives of New Jersey season seven. In the show, she embodies a modern day housewife and her daily life is featured.

She was supposed to appear in the first season of the show but since she had to take care of her kids she rejected the offer. Catania is a part of the show's ninth season as well along with other stars like Danielle Staub and Teresa Giudice.

The renowned housewives are shown passing controversial comments to each other and the world loves them. Besides, Catania has worked as a correction officer at the beginning of her career and later on began to work as a surgical technician & realtor.

WOW what a premiere!! Thank you to everyone who tuned in! Had a blast with @bravoandy and @teresagiudice on @bravowwhl! What are you looking forward to seeing this season? #RHONJ #BRAVOTV #WWHL!! Thank u for dressing me @thestyleduo @jaygodfreynyc jumpsuit, love my glam @lewis_decicco , @glossipgirl #rockedit

She was a licensed realtor for more than 15 years at Premier Realty. Catania is an entrepreneur who owns several fitness centers and launched her first gym center in Whippany on December 16, 2016, which she named Powerhouse Fitness Center of Whippany. Her gym center is located at 50 Route 10 West Whippany, New Jersey.

Dolores Catania's net worth is not estimated and is still under review. However, some sources claim her net worth to be more than $1 million. Her main source of earning is from her appearance in the reality series and she earns money from her gym centers.

The cast of the show Real Housewives of New Jersey live in huge mansions and wears expensive designer clothes. Catania's co-star Teresa Giudice earned $1 million and other stars earn around $750,000.

Catania has involved in philanthropy works like supporting the animal welfare, advocating for Saint Joseph's Children's Hospitals and working with the Onyx & Breezy Foundation. She is a breath of fresh air and people love her for her positive & real attitude which even gave her the nickname, "The Real Deal."

Dolores Catania was formerly married to an American entrepreneur named Frank Catania with whom she has two children a son named Frankie and a daughter named Gabrielle. He has been working for the law bar from June 6, 1991, mainly on real estate deals but recently there is news that he has been expelled from practicing law by the supreme court.

The couple tied the knot after being in a relationship for some time but they got a divorce after she found him cheating on her. 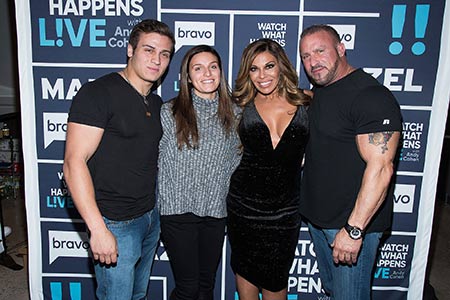 Dolores Catania with her ex-husband and children.
Source: People

They are no longer together but the professional relationship between them is still present and even now they work together. She is living a prosperous life with her children in Haledon, New Jersey.

In the show, she has been mentioning about a special someone who she has been dating and he is a doctor. No one knew about his existence until recently after she posted a video of them dancing on Instagram and look totally in love.

Everyone always asks "where is the doc" well here he is !!!! Sitting at the airport scrolling through my pics and figured I'd share !!! Have a great day see you all this wed !!! Ohhhhhh my it's a good one !!!!!#rhonj

She has two adopted rescue dogs named Loli and Lola whom she loves a lot and takes out time from her busy schedule to nurture them. Catania had undergone a full reconstructive breast surgery in October 2016. She stands at a decent height and has maintained a good physique. As for her diet, she eats a lot of eggs and consumes a lot of veggies.

Here is a video of Dolores Catania talking about her personal life in the talk show, Watch What Happens Live with Andy Cohen.

After being inspired by her nieces; Milania Giudice, and Sarah Giudice, Dolores Catania was pretty much inspired and motivated to undergo to lead a healthy lifestyle and decided to lose weight. 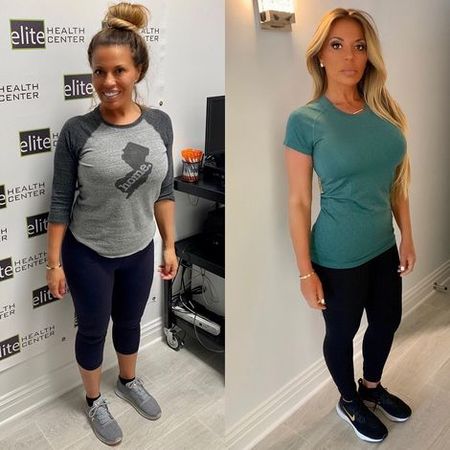 Matter of fact determined to drop some pounds, Catania joined the Elite Health Center where she received certain weight loss regimen to help her lose 25 Ibs in just two months. She earned a massive appreciation for her amazing weight loss transformation.

Dolores Catania was formerly married to an American entrepreneur named Frank Catania with whom she has two children a son named Frankie and a daughter named Gabrielle.

The couple has a son named Frankie Catania and he has a sister named Gabrielle Catania.

The couple has a daughter named Gabriella Catania and she has a brother named Frankie Catania.