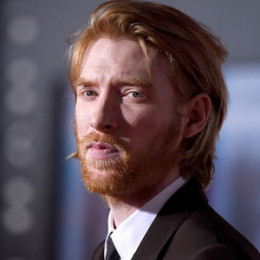 An Irish actor and writer, Domhnall Gleeson were rumored to be in a relationship with producer Juliette Bonass. He was born to parents of actor Brendan Gleeson and Mary Gleeson. Domhnall Gleeson attended Malahide Community School, and later graduated with a Bachelor of Arts in Media Arts from the Dublin Institute of Technology. He made his acting debut on the 2001 miniseries "Rebel Heart". Domhnall co-starred in the 2013 sci-fi drama About Time with Rachel McAdams.

Domhnall Gleeson starred in four films, all of which received multiple Academy Award nominations: Star Wars: The Force Awakens, The Revenant, Brooklyn, and Ex Machina. He has three younger brothers named Fergus, Briain and Ruairi. Domhnall Gleeson was rumored to be dating producer Juliette Bonass. She is famous for Glassland (2014).

Domhnall Gleeson was born on 12th May 1983, in Dublin, Ireland. His parents are Mary Gleeson, and Brendan Gleeson who is an actor and film director. He has three sibling brothers named Brian Gleeson, Fergus Gleeson and Rory Gleeson.

Domhnall went to the Malahide Community School. At Malahide, he performed in school productions such as King Lear and Grease. Later, he joined Dublin Institute of Technology and graduated with a Bachelor of Arts in Media Arts.

Gleeson made his acting debut in 2001. He featured in the miniseries Rebel Heart. After four years of onscreen debut, he then got an opportunity to make his big screen debut. He appeared in the film Boys Eats Girl where he played a role of Bernard.

Domhnall became renowned for the role of Bill Weasley in the Harry Potter film franchise (2010–2011), alongside his father Brendan Gleeson who played Alastor Moody.

Moreover, he received praises for his performances as Konstantin Levin in Anna Karenina (2012), Tim Lake in About Time (2013), and Russell Allen Phillips in fact-based war drama Unbroken (2014).

Domhnall Gleeson's personal life is largely under the radar. He is not married nor known to be in a confirmed relationship. However, he was rumored to be dating Juliette Bonass, an Irish producer.

On May 2016, Domhnall and his rumored girlfriend Juliette were photographed together walking around Disneyland in Anaheim, Calif. The pair then stopped by Carthay Circle for some food. Despite the rumors about their romance, the couple made no public comments about their relationship. Moreover, they were never spotted in public since. 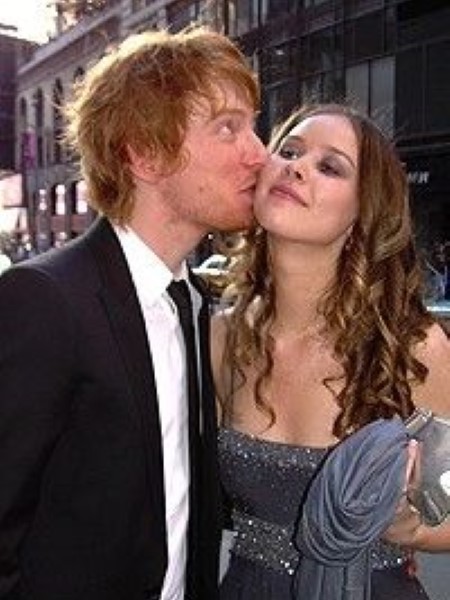 In 2015, during an interview, Gleeson was asked about marriage and he passed up the question almost instantly as prefers to maintain privacy on his life.

Gleeson lives in Dublin, Ireland. He carries love and passion for the English football club Aston Villa, along with his father. Villa's FA Cup semi-final victory over Liverpool at Wembley Stadium in 2015 was described by Domhnall as one of the "great days of my life".

Domhnall Gleeson has an estimated net worth of $7 million. His source of income includes his acting profession as well as writing. He has also won numerous awards which have helped him boost his wealth. Since Domhnall is a rising star, his net worth is expected to be rise even further.

Domhnall Gleeson is currently dating to producer Juliette Bonass. She is famous for Glassland (2014). The couple seems to be very happy with each other so there are no signs of their separation.