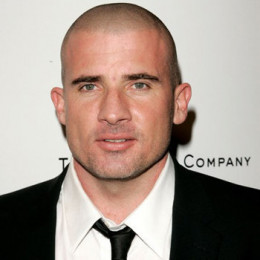 An English-born Australian actor who is widely popular for his role as Lincoln Burrows on the prison drama, Prison Break alongside Robin Tunney. He is son to Gerald and Mary T. "Maureen" Purcell. He has also made a guest appearance in Mission Impossible II with Tom Cruise.

Recently, Purcell is dating popular American actress AnnaLynne McCord. The on and off relationship of the couple is the talk of the town. The duo started dating in 2011. They were together back in 2014 but broke up. However, currently, they have reunited and are very much in love.

Previously, the actor married to Rebecca Williamson in August 1998 and divorced in 2008. The couple shared four children.

Dominic Purcell holds an astonishing net worth of $8 million. He collected the good sum of the amount from his acting career.

Dominic Purcell was born on February 17, 1970, in Australia. He attended McCarthy Catholic College. Before being becoming a professional actor he was a landscape gardener. After some year he was tired of his profession and he thought of being an actor.

To pursue his career he attended Western Australian Academy of Performing Arts, where he studied alongside with popular actor Hugh Jackman. He started his career in 2002 by playing the title character in John Doe.

The couple lived together in Los Angeles, California with their four children. After a decade of their relationship they got divorced.

He is the eldest son of him from his marriage.

She is very cute girl. She resembles more like her mother.

She is gorgeous. Currently she is staying with her mother. She has got one twin brother.

He has got one fraternal twin sister. He is very adorable and healthy child.