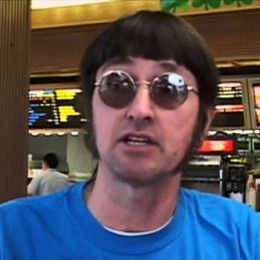 He is an American world record holder, noted for having eaten over 26,000 Big Mac hamburgers from the U.S. fast food chain McDonald's and has earned a place in the 2006 Guinness Book of Records. Till now, he has been featured in the documentaries Super Size Me and Don Gorske: Mac Daddy and is the author of 22,477 Big Macs. Previously, he worked as a security guard at Waupun Correctional Institution for 25 years.

Accounting his personal life, he is a married man. Actually, there is not much information available on the internet about his personal life as he is very reluctant in this matter. He likes to keep his family matters away from the media. By our source, we came to know that he is married to his beloved wife since 1973 but till now there is no any record of his children.

She is the one and only beloved wife of Gorske, whose personal details has not been disclosed to the media yet.