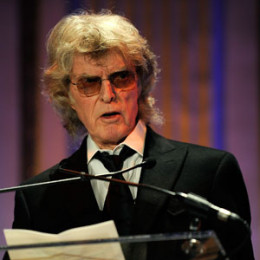 Radio host, humorist and landscape photographer, Don Imus is the son of Frances E. and John Donald Imus, Sr. He began his career as a radio disc jockey on 28th June 1968, at radio station KUTY in Palmdale, California.

Don Imus was previously married to Harriet Showalter in 1969 and divorced in 1979. The couple has two daughters, Ashley Imus and Elizabeth Imus. After the divorced, he married Deirdre Coleman, an author, health advocate and radio personality best known as the founder and president of the Deirdre Imus Environmental Health Center. The couple wedded on 17th December 1994. Imus and Coleman has a son named Frederick Wyatt Imus, born on 3rd July 1998.

Don Imus first marriage was to Harriet Showalter married in 1969 and divorced in 1979. The couple has two daughters.

The couple has a daughter named Elizabeth Imus.