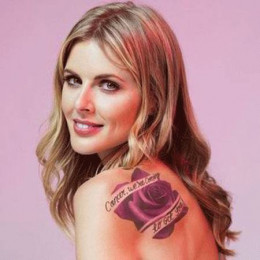 An English television presenter and actress who is best known for her acting in movies like The Mummy Returns (2001), The Counselor (2013) and Banged Up with Beadle (2002). She attended Sacred Heart Convent School and graduated from Gosforth Academy. In starting of her career she starred on the hit CBBC series Byker Grove when she was just 10 years old. She alos used to to present Select MTV. Shehas already co-hosted many programs like Popstars: The Rivals Extra for ITV, TFI Friday , The Big Breakfast for Channel 4etc.

She was in headlines when she was was acquitted of a charge of obtaining a parking permit by false representation. Talking about her relationship, she has not married yet. She had a long term relationship with the son of the owner of Aspers, which is one biggest name in entertainment industry. But the relationship didn't work out as planned and the couple split up. She has dated more than half a dozen of celebrities. She has not yet been a biological mother.

She is her only daughter from son of multi millionaire. Her picture along with Donna can be found in different sites.