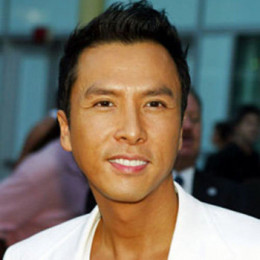 Donnie Chen is an actor, film director/producer, martial artist, action choreographer, and multiple-time world wushu tournament champion. He is known for his roles in films like Ip Man and Hero. He made his debut film appearance as a stuntman in the film Shaolin Drunkard. He is the son of Bow-sim Mark, a Tai Chi grandmaster and Klyster Yen, a newspaper editor.

Donnie Chen is living a blissful married life with a present wife, Cecilia Wang Shi-Shi. Donnie and Cecilia are the proud parents of two children.

The 5' 8" tall actor has been enjoying live-in together relationship with girlfriend turned wife Cissy Wang since 2003. They are married for sixteen years now. 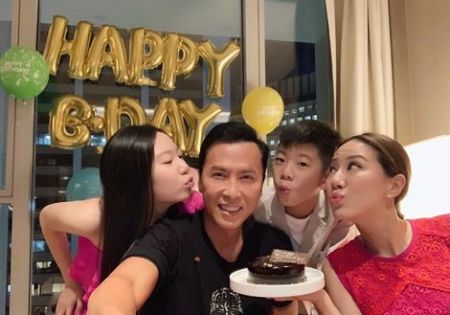 The Chinese actor's present wife is eighteen years younger than him. Moreover, the duo is blessed with two children; a son and daughter. Donnie remained loyal towards his wife and children.

Donnie Chen and Cissy Wang are married for over sixteen years now and yet they relish one another's a company. Besides all this, he's not involved in any kinds of extramarital affairs so there is no point on talking about their divorce.

The Chinese martial artist and his darling celebrated their seventeenth wedding anniversary on September 2, 2019. The lovers went to Napa Valley and enjoyed magnificent scenery out there with spectacular food and wine. 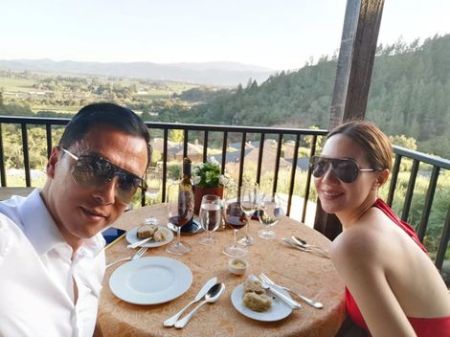 Donnie, as well as his spouse, feels blessed and thankful to have one another in their life. The UFC fan was spotted with white shirt while his partner, Cicy wore a red halter neck.

Donnie Chen has been married twice in his life. His first marriage was to Leung Zing-ci, whom he met in 1990 and began dating in 1993. He shares a son with his first wife. Followed by three months of dating, they married secretly in the United States in November 1993.

The duo decided to choose separate paths as the relationship could not work out. Therefore, they end up in less than a year. As soon as the divorce was finalized, Zing-ci realized she was pregnant with their son, Jeff, born in 1995.

Following the split with the first wife, he moved on with another woman. Since 2003, he has been enjoying his second marriage.

Donnie and Cecilia are philanthropic personalities as well. They've co-founded Go. Asia, a new online charity organization encouraging individuals to participate in charity works. He is an ambassador for the international charity, Save the children.

She is the first wife of Yen, whom he married in the year 1993. Personal information about her has been kept out of media's radar.

She is the second wife of Yen, whom he married in 2003 in Toronto. The couple has raised a son and a daughter from their marriage.

She is the only daughter born to Yen.

He is the youngest member in the family who was born in 2007.