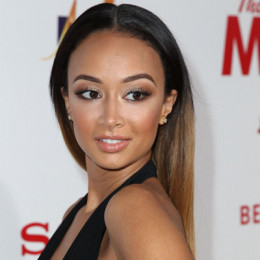 Draya Michele is a model and a reality television star as well. Her real name is Aadraya M. Howard. She is known for her role in a reality series of VH1 named “Basketball Wives: Los Angeles”.

Draya Michele is in a romantic relationship with her longtime footballer boyfriend, Orlando Scandrick since 2013. The duo engaged in June 2015 and shares a son, Jru Scandrick on April 8, 2016. She also has another son, Kniko (born on 2002) from her previous affair,

Draya Michele has a net worth of $600 thousand which she accumulated from her career as a TV personality and a model.

Draya Michele was born as Andraya Michele Howard on January 23, 1985, in Reading, Pennsylvania. Her mother Valeria Diaz was an Italian and her father was an African American. From an early age, she wanted to become a model.

She is not married yet but has a child. She has gave birth to son. He is now 11 years old.