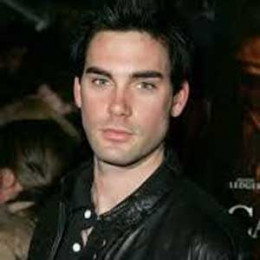 American actor, producer, and former male model, Drew Fuller is known best recognized for his role as Chris Halliwell in the T.V series Charmed and for playing soldier Trevor LeBlanc on Lifetime's Army Wives. He has appeared in an upcoming film, "The Story of Bonnie and Clyde," as Buck Barrow, older brother of the notorious 'Clyde Barrow.'

Drew Fuller was born as Andrew Alan "Drew" Fuller on 19th May 1980, in Atherton, California. Fuller grew up in Newport Beach with his younger sister Hilary Fuller. While in his teens he lived in Paris, France.

At the age of 12, he was spotted by an agent after a family friend featured him on the cover of UCLA Magazine.

When Drew was sixteen, he entered the modeling world and quickly rose up the ranks. He posed for campaigns for lines including Prada and Tommy Hilfiger.

After playing guest roles on television shows such as Partners, Black Sash, and The OC he began his acting career in 1999. He became famous in 2003 after he joined the cast of the fantasy series 'Charmed.'

Fuller's regular television role came in 2007 when he starred in the hit drama 'Army Wives.' He also played the role of specialist 'Trevor LeBlanc.'

He debuted on the big screen starring in the direct-to-video horror thriller 'Voodoo Academy,' debut in 2000.

He also appeared in music videos, first for the Calling’s “Wherever You Will Go” in 2001, and later performing in music videos for Lindsay Lohan and Jennifer Love Hewitt.

Drew Fuller was in a relationship with Sarah Carter in 2003, and the couple broke up in 2004. Carin Kingsland also falls on his girlfriend's list.

He is currently a married man. His wife's name is Ceara McAuliffe. The couple has no children yet. They are living a happy life with no signs of divorce.

The 37-year-old, Fuller has an estimated net worth over $1.5 million dollars.

Drew is married to Ceara McAuliffe. However, the couple has been secretive regarding their relationship has not even revealed when they got married.