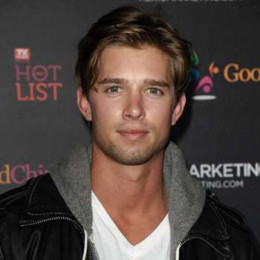 Drew Van Acker is an American actor. He is best known for portraying Jason DiLaurentis, the older brother of Alison DiLaurentis and younger brother of Charlotte DiLaurentis on ABC's 'Pretty Little Liars'. Acker began acting in high school drama classes, where he also played on his school's soccer and lacrosse teams. His soccer abilities led him to receive a soccer scholarship to Towson University in Maryland.

Drew Van Acker has not shared much of his personal life with the media. He has not even mentioned whom is he dating. This is the reason he was rumored for being a gay. He is single now. According to his Instagram post, it could be possible that he is dating an actress. The couple seems to be very much in love with each other in the picture. The couple is not married or engaged yet.