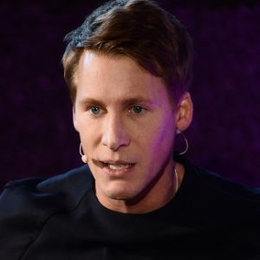 It is quite well-known how Dustin Lance Black is gay by sexual orientation. In fact, he was the top entry on the list of openly gay influential people in 'The Advocate's Forty under 40. The Oscar-winning director went to several places around the world to promote and empower the LGBT community. Over time, he found his personal happiness as well since he met British Olympic diver, Tom Daley, in spring 2013. 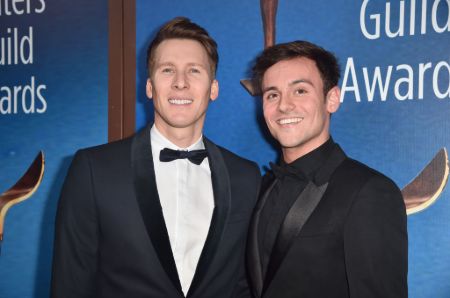 Dustin Lance Black tied the knot with Tom Daley in May, 2017. SOURCE: Pinknews

Black and Daley felt a special connection from the moment they first met, and rightly so, they started dating one another, and things were pretty serious before they knew it. After a couple of years, Black announced the big news on how the two were engaged in October 2015.

When Tom and I met four years ago, I knew instantly, I was in trouble. I knew I found my match. Dustin Lance Black revealed about his partner.

Following the engagement, the fans were increasingly excited about their potential marriage. However, they were made to wait quite a long time, as the gay couple tied the knot in May 2017. Interestingly, they enjoyed a lavish wedding ceremony at the mansion of Bovey Castle in Devon.

YouTube: The wedding day of Dustin Lance Black and his lover, Tom Daley.

Introducing you to Dustin's partner, Tom Daley, the athlete has a strong digital presence as he is also a YouTuber. With over 850 thousand subscribers on his channel, he often shares health and fitness tips on the platform. Furthermore, he even captured the best day of his life, i.e., the day he married Dustin in a video and shared it with the fans.

To bear a child is often a troublesome process for gay couples. And the lovebirds, Dustin Lance Black and Tom Daley found a solution by giving birth to a son, through the method of surrogacy. The Oscar-winning director announced that they were expecting the birth of their first child on February 14, 2018, thanks to a surrogate mother, who made it all possible. 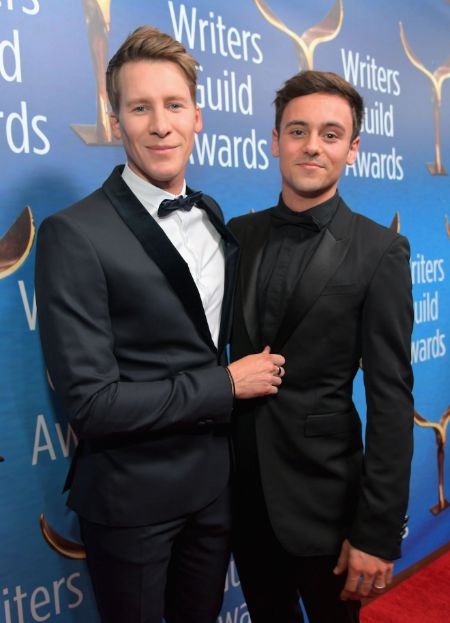 On June 27, 2018, Black became a father with his husband Tom and took their newly born son, Robert Ray Blac-Daley, to their home. However, the pair faced a few criticisms over the ethical issues of surrogacy. Maybe, that's the reason why they don't share the picture of their child on any online media to date. Despite being busy in their respective professions, the couple makes enough time to spend with their son during these early years.

Dustin Lance Black: Oscar-Winning Director with A Staggering Net Worth

Director Dustin Lance Black is mostly seen around promoting the LGBT community as a part of several institutions. But, it isn't the reason why he rose to prominence in the first place. Instead, it was his career in the entertainment industry, which got him a tremendous amount of fortune and fame. Specifically, the filmmaker owns a whopping net worth of $6 million as of April 2020, thanks to his well-accomplished career. 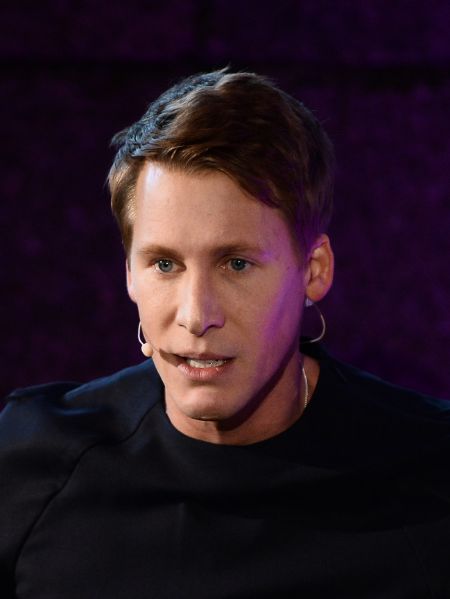 Black embarked upon his filmography career when he wrote and directed, The Journey of Jared Price, a gay romantic film in 2001. Gradually, he went on to contribute several other projects such as 'Faking It,' 'The Singing Forest,' and 'Big Love.' While he bagged The President's Memorial Award in 2003 for 'My Life with Count Dracula,' something more significant was waiting on his plate. In 2008, he won the Oscar- Academy Award for Best Original Screenplay and several other accolades for his impressive work in 2008's 'Milk.'

Black's latest behind the camera works was in 2017's 'When We Rise.' Nothing much is known about his upcoming projects, but the fans are definitely waiting for his next masterclass. The filmmaker might be caught up with his newly-born and is more involved in the LGBT community these days.

For more news, biographies, and gossip about your favorite stars, stay connected with us at Married Wiki.

The couple of Dustin Lance Black and Tom Daley became parents for the first time to a son, Robert Ray Black-Daley on June 27, 2018, through surrogacy.