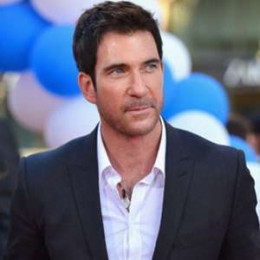 Dylan McDermott is an American actor known for films such as Steel Magnolias and In the Line of Fire, and for TV's The Practice. Dylan McDermott was encouraged in acting career by his stepmother, playwright Eve Ensler. His mother passed away when he was 5 years old, leaving him in the care of his grandmother. Upon completion of studies, Dylan moved to the New York theatre scene, making his Broadway debut in a 1985 production of Neil Simon’s "Biloxi Blues".

Dylan McDermott's impressive portrayal of Wykowski Selridge got him noticed and then was cast in director John Irvin's raw Vietnam drama "Hamburger Hill", for which he had to undergo several months of military training to prepare. His other major works include in Burning Pants, Mercy, Automata, Survivor, Edison, Wonderland, The Perks of Being a Wallflower, etc. He is currently single and was previously married to Julia Roberts.

Dylan married American actress Shiva Rose in a private marriage ceremony in 1994. They got divorced after 13 years of marriage.