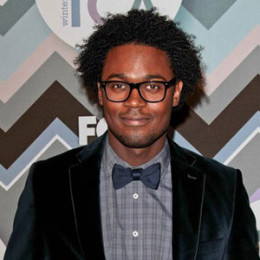 Kellum is famous for his roles as Curtis Holt on The CW drama series Arrow, Tommy on the FOX sitcom Ben and Kate and Hunter on NBC's Sean Saves the World. He also appeared in the Netflix's series Girlfriend's Day.

Echo Kellum, is an American actor and a comedian born on 29, August 1982 in Chicago, Illinois, USA. Kellum was born in a middle-class family to parents of African and American descent.

He attended The Groundlings, I.O. West, and later Upright Citizens Brigade. He then moved to Los Angeles in 2009 to pursue his career in comedy.

In 2012, Kellum got his first major role in the FOX comedy Ben and Kate as Tommy, who was the best friend of the main character Ben, played by Nat Faxon. After that, he was cast in the NBC’s Sean Saves, The World as a hunter along with Sean Hayes and Megan Hilty.

In 2015, Echo was cast in the fourth season of The CW drama Series Arrow as the recurring role of Curtis Holt. In the series, he is also a technological savant and an inventor, who works for the Palmer Technologies under the supervision of Felicity Smoak and later, became the part of Team Arrow. Later, in April 2016, it was declared that Echo is promoted to series regular for the Fifth season of Arrow.

In 2017, he was seen in the Netflix’s Girlfriend’s Day as Madsen, a beat poet and the co-worker of Bob Odenkirk’s character along with Amber Tamblyn, Natasha Lyonne, and Nate Mooney.

The 34 years old Echo Kellum, is not married yet and currently not dating anyone.  There are no rumors about his affairs and past relationship. It seems that he is focused on his acting and comedy career.

Echo Kellum is a talented actor with great potential. He is a rising star. His net worth is under review, but he must have made a good amount of salary working in several movie and series.