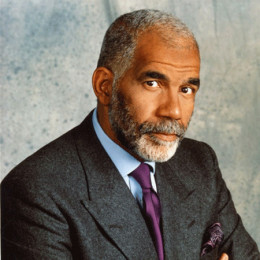 An American journalist who is widely known for two-decade-long association with 60 Minutes as CBS investigative journalist. When he was just 2 years old his parents got divorced and he was raised by his mother, Gladys. In 1969 he graduated from Saint Thomas More Catholic Boys High School in West Philadelphia. He started his career as a teacher by teaching sixth grade at the William B. Mann Elementary School. Professionally he started working in journalism career as a news reporter for WDAS-FM. He also worked for New York radio station WCBS, During his journalism career he won nineteen Emmy Awards. At the age of 65 years old he died due to lymphocytic leukemia.

Exploring his personal life was married three times. His first and second marriage was unsuccessful and both marriage didn't last more than three years. He met his third wife at a museum where she was working as a tour guide and a Haitian-born artist. She was 24 years older than him. Their marriage took place in a private ceremony in Woody Creek, Colorado. Despite of marrying three times he never had children.

She was his first wife. Their marriage relationship lasted only for three years. The couple didn't give birth to any children.

After dating few months they turned their relationship into marriage. May be they shouldn't have hurried to get married which caused their untimely divorce.

They first met each other at museum and after dating 10 years they tied in knot with each other. She hasn't given birth to any children. She was very supportive and she was always him while he was battling against lymphocytic leukemia.