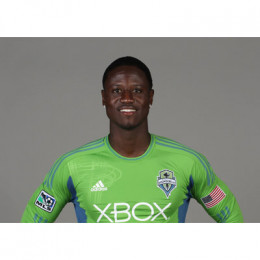 Eddie Johnson is an American football player. His full name is Edward Eddie Johnson. In his team he plays as a striker or forward. Currently he plays for National team of Nation USA and for D.C United. His mother is Lewanna Johnson. At the age of 18 she became Christian. When he was nine years old he used say that his favorite player is Romário.

He is married to Janelle Johnson. There is no other information about his marriage and his personal life.

He has a child from his wife named Zoe Baker Johnson. No other information are known about his daughter any more.