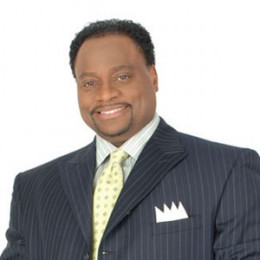 American pastor, Eddie Long is the son of the Rev. Floyd M. Long, Jr. and Hattie Long. He attended North Carolina Central University in Durham, North Carolina, where he received a bachelor's degree in Business Administration in 1977. Eddie served as the senior pastor of New Birth Missionary Baptist Church, a megachurch in unincorporated DeKalb County, Georgia, from 1987 until his death in 2017.

Eddie Long was previously married to Dabara S. Houston in 1981 and divorced in 1985. He then married Vanessa Griffin in 1990 remain together until his death. He has one daughter named Taylor Long and three sons, Eric Long, Jared Long and Edward Long. Long died on 15th January 2017 at the age of 63. The church issued a statement describing the cause of death as an "aggressive form of cancer".

Eddie Long was previously married to Dabara S. Houston in 1981. The couple stayed together as husband and wife for over 5 years and divorced in 1985.

In 1990, Eddie Long married Vanessa Griffin and remain together until his death in 2017. The couple has four children.