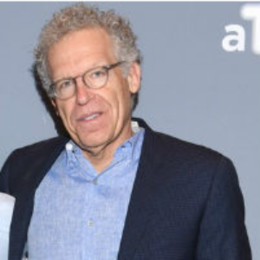 Prominent actor Edward Highmore is happily married to his long-term girlfriend turned wife Sue Latimer, a talent agent. Highmore's wife has worked as a producer for Patrick the Pug and Ahead of the Class. 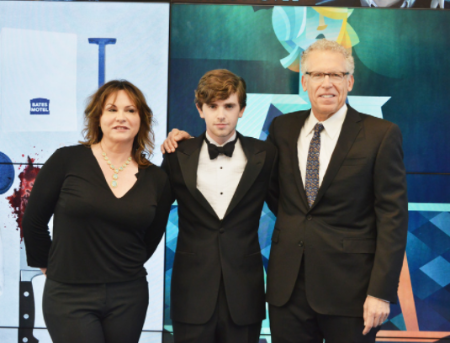 The lovebirds took their romantic affair to the next level in 1989 after dating for several years. To be precise, Highmore and his wife tied the knot in a private ceremony in the United Kingdom.

The couple is blessed with two children Freddie Highmore and Bertie Highmore. Latimer gave birth to her first child, Freddie, in 1992 and Bertie in 1995. While Freddie is following the footsteps of his parents, sister Bertie embraced low profile life.

Edward Highmore has an estimated net worth of $1 million as of 2021. The brown-haired actor received a payroll of more than £35,000 annually, which is the basic salary of an actor in the U.K.

Highmore started his movie career in 1984, starring Freddie in four episodes of Lame Ducks. In 1985, he earned the role of Boll in The Tripods. Subsequently, Edward played Leo Howard in the television movie Howards May until 1990.

Highmore featured in miniseries such as The 10th Kingdom, Jack and the Beanstalk: The Real Story, The Blonde Bombshell, All G Indahouse. The idol's last project was All G Indahouse as Cabiney MP.

Sue Latimer and Edward Highmore have been happily married for thirty-two years. They tied a knot in 1989 and still going strong.

Bertie Highmore is the second child or daughter of Sue Latimer and Edward Highmore. Bertie has a brother named Freddie Highmore.

Freddie Highmore is the first child or daughter of Sue Latimer and Edward Highmore. He is 29 years old.