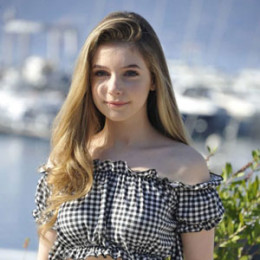 English born actress, Eleanor Worthington Cox has appeared in the 2018 British historical drama, Britannia. She is best known for her portrayal as Matilda in Matilda the Musical. She won the Laurence Oliver Award in 2011.

Eleanor Worthington Cox was born on June 21, 2001, in Merseyside, England. She is English and is of Caucasian ethnicity. She is the daughter of Andrew Cox and Jill Worthington Cox. She has two older brothers, Joshua John Cox and Benjamin Allan Cox.

Worthington Cox is attending the Formby School of Performing Arts in 2003. She has been training at the school until the present time.

Worthington Cox was in the chorus for a musical, Joseph and the Amazing Technicolor Dreamcoat at the Liverpool Empire. She portrayed the main role of Matilda Wormwood in a stage musical, Matilda the Musical in 2011. He appeared alongside Cleo Demetriou, Kerry Ingram, and Sophia Kiely, among others. She won a Laurence Oliver Award for Best Actress for her performance.

In 2014, Worthington Cox played the role of Young Princess Aurora in the movie, Maleficent. She appeared alongside Angelina Jolie, Sharlto Copley, Elle Fanning, and Sam Riley, among others.

Worthington Cox portrayed Jean Louise "Scout" Finch in the stage production, To Kill Mockingbird in May 2013. She performed the act at Regent’s Park Theater with Lucy Hutchinson and Izzy Lee.

Worthington played Blousey Brown in a production, Bugsy Malone at the Lyric Hammersmith. This was the first production following the theatre's reopening after a £16.5 million redevelopment project.

Worthington Cox’s notable performance include her appearance in the Sky One’s mini-series, The Enfield Haunting in 2015. She received a nomination for British Academy Television Award for her performance in the series.

Worthington Cox starred as Cait in the British historical TV series, Britannia in 2018. The series has released 9 episodes until now. She shared the screen alongside, David Morrissey, Kelly Reilly, Mackenzie Crook, Barry Ward, Annabel Scholey, and Zoë Wanamaker, among others.

In Action Point released in 2018, Eleanor co-starred Eric Manaka and Johnny Knoxville who is married to Naomi Nelson.

Worthington Cox currently lives in Merseyside with her family. She is active on Instagram with thousands of followers.

Worthington Cox has posted many pictures on Instagram sharing a good time with her friends and family. She is enjoying her life, as seen on Instagram. She loves to travel to different places.

Worthington Cox is the youngest recipient of an Oliver Award at an early age of 10. She earned popularity appearing in the movie, Maleficent.

Worthington Cox is a rising star at the present time. Her net worth is around $100 thousand, as she just entered the film industry.

The movie, Maleficent grossed $758 million at the box office, becoming the fourth highest grossing movie of 2014. She co-starred with Angelina Jolie in the movie.