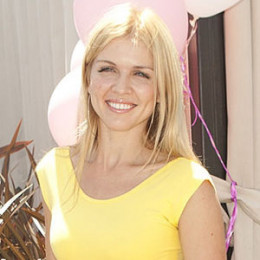 Elena Samodanova is well known as a dancer who appeared on 'Dancing With The Stars.'She was a featured dancer on the Australian version of DWTS and then joined the US version as a troupe member. In 2015, she worked as a judge for DWTS in her home country Russia. She is also an actress, known for Merry-Go-Round (2010).

Elena Samodanova was born on 3rd October 1984, in Moscow, Russia. She is a daughter of Irina Samodanova, a dancer and her father is also a dancer. Elena holds Russian nationality with white ethnicity. She studied drama and theater at Moscow Theatre Arts University.Moreover, she comes from a performing arts family.

Elena is a dancer by profession and has appeared on Dancing With The Stars in many countries. She participated in the US version of the show as a troupe member. Apart fro that she also served as a judge for DWTS Russia.

However, she is more known for being the wife of Gleb Savchenko, a dancer and a choreographer. Like his wife, he has also participated in many DWTS worldwide.

Her husband Gleb is an established actor and model starring in the advertisement for Coca-Cola and Gillette.

Elena is married to fellow dancer Gleb Savchenko. The couple met in a dance studio in Moscow, and gradually became friends. They started dating in 2006, and they have an adorable daughter named Olivia Savchenko, who was born in Hong Kong. Unfortunately, information regarding their marriage ceremony and date is not known yet.

In 2016 there were rumors about the couple having trouble with their relation, but it was proved wrong by a source close to them who said that the problems were purely based on geography.

The couple in March 2017 announced that they are expecting a second child. Elena even posted a photo of her baby bump on Instagram.

Elena has a net worth of approximately $1.5 million. The majority of her income comes from her dancing career.

Elena Samodanova married fellow dancer Gleb Savchenko, dancer, and choreographer known for appearing on both the Australian and American version of 'Dancing With the Stars'.