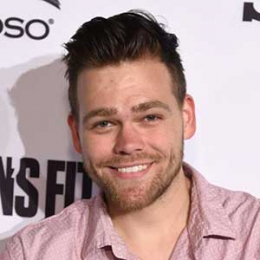 American multitalented personality, Elijah Daniel is best known for his works in many fields of the entertainment industry like acting, singing, songwriting, and producing. He is best known as a social media star who uploads many videos and Vines on his YouTube channel. He is also popular for releasing his singles like 'Phaggot', 'Elton John', 'Third Eye Gucci', 'It's My Money', and 'And I Need It Now.

Elijah Daniel's Personal Life; Is He Dating a Boyfriend?

Elijah Daniel is currently engaged to his long-term boyfriend Sam F. The duo engaged in the January of 2019 after dating for several years. What's more, Daniel is openly gay and often boasts about his sexuality. 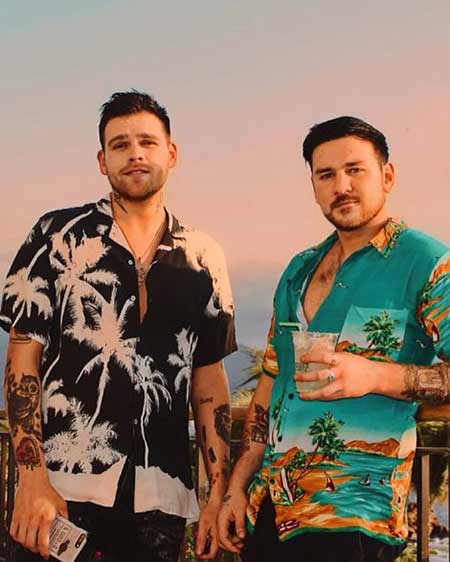 Things started between the pair when they first met on Tinder. After they were matched on tinder, they started chatting on Grindr for a while before Sam sent Elijah his Instagram. In one of the video, Elijah shared that,

"He sent me his Instagram and I found out he was a DJ and then I ignored him for months and then we never hang out."

He further explained that he met Sam at the Club Nightingale after months of ignorance. Sam instantly texted Elijah at the same moment. And guess what they eventually started dating.

The 25-year-old YouTuber later confirmed about their engagement via sharing a Twitter post with a caption, "He said eh, I guess so."

he said “eh, i guess so” pic.twitter.com/RiQqEixxr2

He also shared a Tweet explaining his proposal saying,

"I just proposed to my boyfriend on the beach in Mexico on crutches with a broken foot and that's really the most me thing could ever happen."

The couple shares a good bond and supports one another about their sexuality. More to that, the YouTuber often shares many posts about his better half with cracking jokes on his Twitter account,

Elijah Daniel is out of any dating rumors regarding his early life. He is happily living with his soul mate as of now and the relationship between them seems fluid as there is no sign of break up between them.

How much is the Net Worth of Elijah Daniel? Know about his Earnings, Salary

Elijah Daniel's net worth lies somewhere between $1 million-$5 million, all thanks to his career as a comedian, rapper, music producer, songwriter, and author. In addition, the average salary of a music producer is $55,000 per annum, meanwhile, a rapper earns a total of $62,142(approximately) per annum. Similarly, the average pay for an actor is $17.00 per hour(for films) and $9-$100 per hour(for television).

Elijah is an active Instagram user and YouTuber where he shares many personal, professional and promotional posts. Further, he earns over $1,233-$2,055 per post from his Instagram account. Similarly, he earns over $71-$1,100 per month and $855-$13,700 per annum via posting many vlogs videos on his self-titled YouTube channel.

what’s ur favorite kind of balls? basketballs? baseballs? mine are ur dads.

The rapper started his career and only came to limelight after leading an online White House petition in 2013 to make Miley Cyrus song titled Party in the U.S.A the U.S national anthem. After that, he joined the YouTube society and started making vlogs on his channel.

He released his first studio album named God Hates Lil Phag in 2018. Besides, he released many songs like Phaggot, Elton Jhon, Gucci Christmas, and Deadahh in 2017. Apart from that, he also worked in many films and television series like Lost River, Happy Ending, Division 19, and 12 Monkeys.

What's more, he is the author of the book titled Trump Temptations which was published on 20 January 2016. The book became the top seller on Amazon.com in three categories gay erotica, LGBT erotica, and humorous erotica.

The 25-year-old rapper is also active on charity works who hosted a live stream telethon named Givit Wednesday to benefit Eastwood Ranch Foundation. Besides, he has also appeared on the music videos of artists like B.A.P and Khalid. 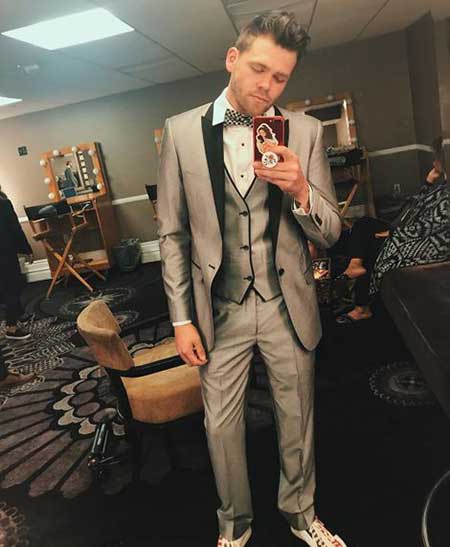