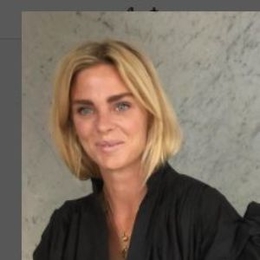 Elina Gollert is the current wife of Danish defender Simon Kjaer. She only became famous, being the spouse of AC Milan's center-back. Let's learn about her networth, relationship status, and husband's football career.

Elina Gollert and Simon Kjaer have known each other since they were fifteen. After the football star's split from his ex-wife, Camilla, he had a glimmer of hope in his love life after meeting Elina, a fashion enthusiast. 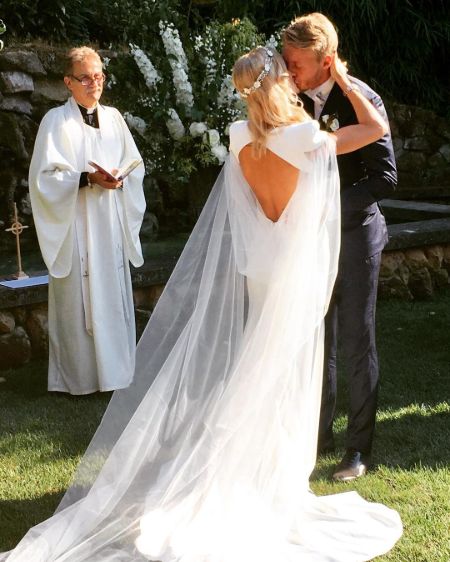 Elina Gollert and Simon Kjaer at her wedding. SOURCE: Instagram(@elinagollertkjaer)

Soon Simon delved into a serious relationship with his new charming partner and nourished their love for a short time. Then, the lovebirds exchanged the matrimony vows in 2017. The fairytale wedding was held at Roma.

The very much-in-love couple is blessed with two amazing sons, Milas Kjaer, born in 2013 and the youngest one named Viggo Kjaer. The family is seen supporting Simon in various matches and cheering for him. 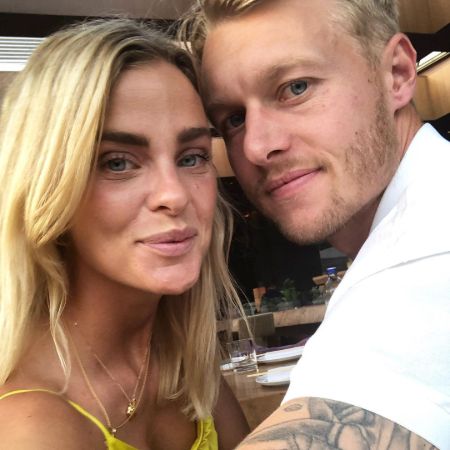 The elder son Milas Kjaer arrived in this world before marriage and appeared as the best man for her wedding. Elina wore a custom-made white gown designed by famous brand John Paul Ataker while the groom boasted a blue tuxedo on their big day.

Further, the pair can be seen celebrating Christmas and birthdays and sharing strong bonding. In April 2019, she posted a photo of them vacationing in Sardinia, one of her favorite places in Italy, on her IG handle.

The love life of Simon Kjaer dates as far as back as 2005 when he met his first girlfriend. Kjaer and Camilla were teenagers when they started dating. The former flames maintained a long-term relationship and finally got hitched. 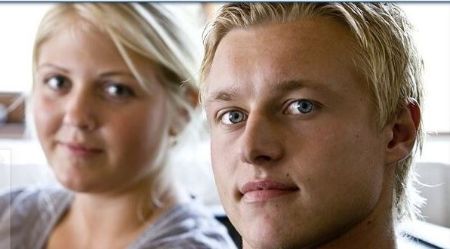 Unfortunately, Simon's marital link-up with his first wife couldn't stand the test of time. The marriage started to crumble, and they went their separate ways. As for now, Camilla has disappeared from the media attention as soon as she lost connection with Simon.

Elina Gollert shares a pattern of keeping things low-key, mainly her professional life. However, there is no doubt she enjoys a lavish lifestyle; all thank to her super-wealthy footballer husband.

Here's the video of Elina Gollert's during her workout.

Speaking of her husband, he earns £30,000 per week. The earnings combined with an endorsement deal for shoe brand Nike is around $15 million. The current market value of AC Milan's defender is €8.00 million. Simon has been a part of the Danish team.

A highly talented Danish center-back was featured in FIFA WC 2010, 2018 Fifa World Cup, UEFA Euro Cup 2012 and UEFA Euro Cup. He has played for fifteen clubs. Denmark international got into the public eye for his heroic act of saving Christian Eriksen during the Euro 2020. 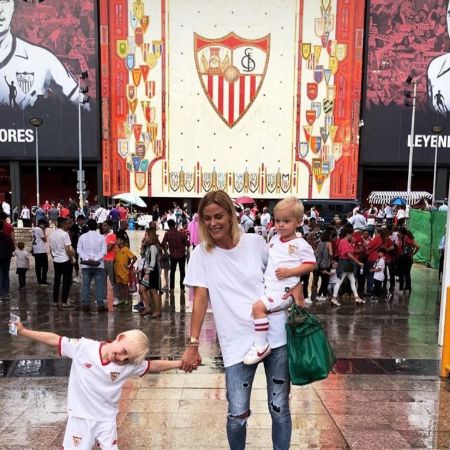 Elina Gollert with her children outside of the stadium. SOURCE: Instagram(@elinagollertkjaer)

With over a decade of playing career and graced with magical feet, Simon reportedly enjoys a staggering networth of $20 million in 2022. As an analysis of his current earnings, he receives an annual salary of no less than €3million.

Elina Gollert and her boyfriend turned husband Simon Kjaer got hitched in 2017. They share two sons.

Milas Kjaer is the first son of Elina Gollert, born in 2013.

Viggo Kjaer is the second child of Elina Gollert.