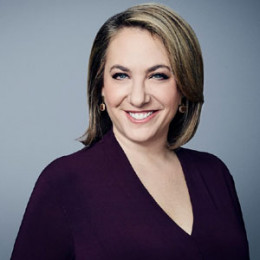 Elise Labott is an American journalist who rose to prominence as a journalist for covering 2011 attack on U.S. in Benghazi, Civil unrest and Israeli war with Lebanon.

Elise Labott was born on 15 August 1970. She hails from America.

Labott went to the University of Wisconsin- Madison for her bachelor degree and gained her master’s degree from the New School for Social Research.

Elise began her career covering United Nations for ABC News. She also reported for Agence France Presse on diplomatic and foreign policy issues. Later she joined the CNN in 2000.

Throughout her career, she has reported in several major global events such as Camp David peace talks of 2000, the September 11 Terrorist Attacks and the Arab Spring. While reporting Arab Spring she traveled to the places like Egypt, Libya, Tunisia, and Morocco.

Currently, she is an employee of CNN Cable News Network as a global affairs correspondent.

The talented personality Elise was once fired from CNN. Her tweet regarding the restriction of Syrian refugee entering the United States Land created a lot of havoc in the country, especially politicians. The tweet became the cause of her suspension in 2015.

The 47-year-old journalist Elise seems quite busy in her career. She hasn’t said much about her personal life. She has done a fantastic job to keep her affairs and relationship under wraps. As of now, she is possibly single.

Labott certainly earns a decent amount from her career and her net worth is possibly not less than seven figures.