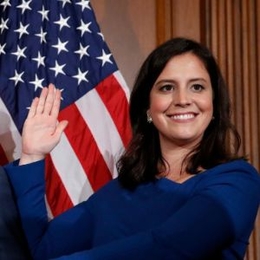 Elise Marie Stefanik is an American political persona, who serves as the U.S. Representative for New York's 21st congressional district. In 2014, she kept the record being the youngest woman elected for Congress at the age of 30 at that time.

Who is the Husband of Elise Stefanik?

Elise Marie Stefanik tied the knot with long time boyfriend, Matthew Albritton Manda on August 19, 2019, in Saratoga Springs. Her husband is the market and communication director for Media Group of America. 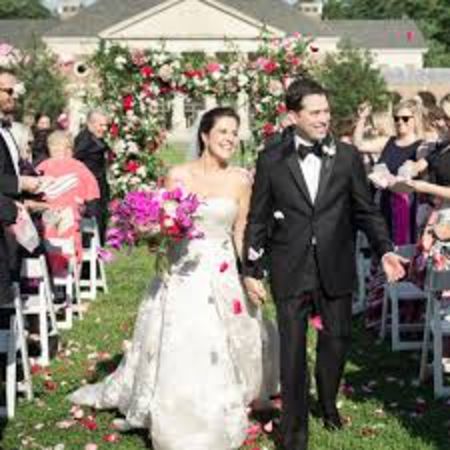 The lovely couple first met through a mutual friend in a Stefanik's party in January 2012. During the time, she was working for Rep. Paul Ryan as he stood for the position of Vice President. Whereas, Manda moved to the capital Hill appointed as the communication director of Kansas Republican Rep. Kevin Yoder. Shortly after the party, the two began dating. 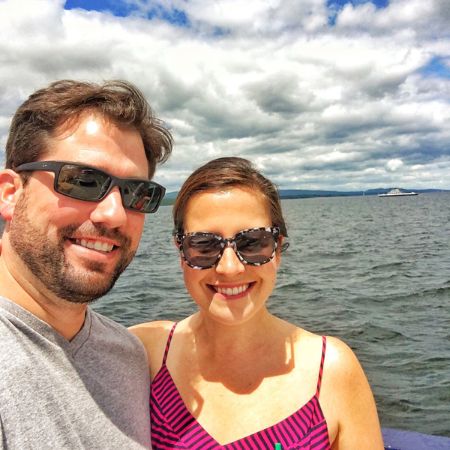 The 35 years old stated in the local Chronicle newspaper that Matt proposed her for marriage during their trip to Lake Placid. On the other hand, the 37-year-old Matthew Manda also shared on his Instagram, mentioning 'she said yes' and considered himself to be 'the luckiest guy in the world.' 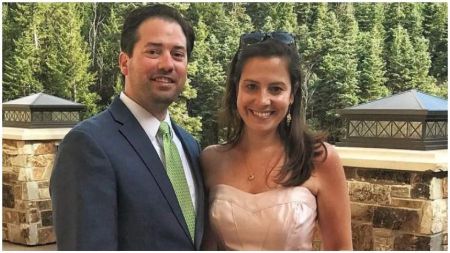 Although it's been nearly three years of their wedding, the pair is yet to be blessed by kids. The lovey-dovey duo often posts their pictures in different places. It can be said, Matthew and Elise are having a wonderful time together, and there is no sign of them getting divorced.

How Much Does Elise Stefanik Worth?

The Congresswomen has an estimated net worth of $2 million as of 2020. She made a fortune working in the political field. 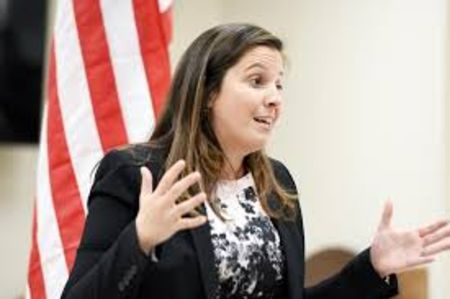 Elise Stefanik holds the net worth of $2 million. SOURCE: People

Firstly, Stefanik began her political career joining the administration of the former President of USA, George W. Bush, in the Domestic Policy Council. Indeed, she was the youngest woman to get elected for the congress representing New York's 21st congressional district in the year 2014. During that time, she was 30 years old. 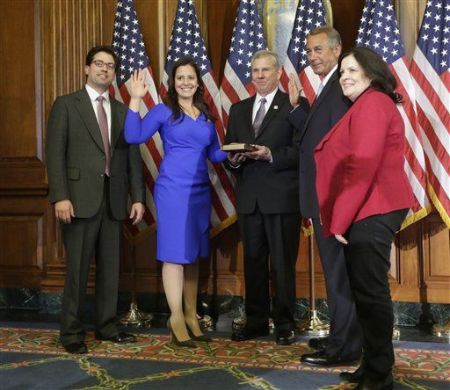 The U.S. Representative, Elise Stefanik with the committee members. SOURCE: The Post-Star

As a matter of fact, she was born to a wealthy family. Her parents Ken Stefanik (father) and Melanie Stefanik (mother) own Premium Plywood Products. Their business was to wholesale plywood products, which is located in Guilderland Center.

Manda's wife brought a minority interest in a townhouse in Washington, D.C., nearby Capitol Hill in April 2014. The price of the house was quoted at $1.3 million. Four and half years later, Stefanik and her husband owned a home in Schuylerville, New York, and they residing there now.

The U.S. Representative, Elise Stefanik, was an excellent student from an early age. She was enrolled in the Albany Academy for Girls in her school days. Likewise, Elise got admission to Harvard University. In 2006, she got a Harvard degree in B.A. and also, she received the Women's Leadership Award while graduating.

Stay in touch with marriedwiki.com for more exciting stories, Biographies, and News of your favorite celebrities.

Matthew Manda is the marketing and communication director for Media Group of America. He married to Congresswoman Elise Stefanik.