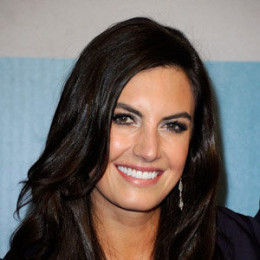 A model and actress from United States, Elizabeth Chambers is also a television host and news reporter. She is widely known for her roles in The Game Plan in 2007. Apart from this she has also given her acting talent in Rolling Kansas and Criminal Minds. She is mostly known as the wife of famous actor Armie Hammer. She is also an owner of a Bird Bakery in San Antonio, Texas.

Elizabeth Chambers is married and has two daughters. She dated her husband for three years before getting married. They are living happily and there is no sign of them getting divorce. The couple though belong to same profession are of supporting nature. They do respect each other and together take care of their children.

The couple tied the knot after being together for few years. They have shared two children together.

The husband and wife welcomed their first child together, a baby girl, named Harper.