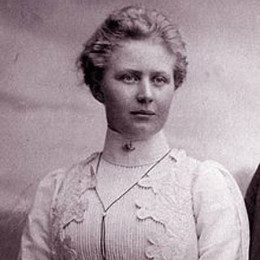 Elizabeth Christ was born as Elisabeth Christ Trump to parents Philipp Christ and Amma Maria Christ. Elizabeth Trump was a German-born American businesswoman and is considered the matriarch of the Trump family who founded the real estate development company Elizabeth Trump & Son with her son Fred. The company is currently owned and managed by her grandson, Donald Trump who was elected as President of United States . Elizabeth had an extra determination and dressed very conservatively and formally. She was hardworking and has a stern determination.

Elizabeth married Frederick Trump in 1902 who was a German-American businessman. They were parents to three children, Elizabeth Walter, Fred C. Trump and John George Trump. After her husband, Frederick died, Elizabeth manages his properties in order to support her family. Karen Ingraham, Christine Philp, John Gordon Trump are her grandchildren. She is the grandmother of newly elected president of America, Donald Trump. She died on June 6, 1966, in Manhasset, Town of North Hempstead, New York, United States

Though Frederick parents opposed of him choosing Elizabeth as she was not in equal standard as him. But he refined his family for her, got married and had three children with her.

Elizabeth Walter is the first child of Elizabeth Christ Trump and Frederick Trump. She is wife of William O. Walter and mother of Trump Walter and John W. Walter.

Fred Trump was an Maerican real estate developer ad philanthropist and father of newly elected president of America, Donald Trump. AT the age of 15, Fred went into business with his mother construction and real estate development, forming Elizabeth Trump & Son.

John George Trump was an American electrical engineer, inventor and physicist. HE developed one of the first million-volt X-ray generators.