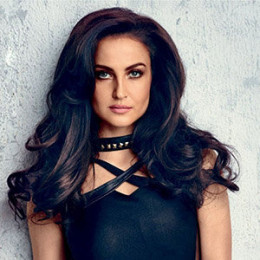 A Swedish-Greek actress, Elli Avram has featured in a television commercial for Ricchezza Silver Jewelry, which was produced by TryAngles Studio. Some of her popular film credits include Kis Kisko Pyaar Karu (2015), Mickey Virus (2013) and Housefull 3 (2016). In 2015, Avram appeared in the box office hit "Kis Kisko Pyar Karoon" as Deepika opposite comedian Kapil Sharma Show. She is a daughter of Jannis Avramidis and Maria Granlund.

In September 2013, Elli Avram participated in the reality TV show 'Bigg Boss 7' and spent ten weeks in the house until she got evicted on Day 70. There is a rumor that she is dating Salman Khan but there are no proven sources to confirm their relationship.

Elli AvrRam was born on 29 July 1990 in Stockholm, Sweden to the family of Maria Granlund and Jannis Avramidis.

AvrRam started her professional career being the member of Perdesi Dance Group in Sundbyberg. She performed in Bollywood songs all over Scandinavia.

She appeared in the crime drama romance movie named Forbjuden Frukt in 2008. She took part in the Miss Greece beauty contest in 2010.

She is currently working for her debut in Tamil and Kannada in Paris Paris and Butterfly.

AvrRam has a huge net worth and salary. Details about her fortune is still under review.

AvrRam was in a relationship with Indian cricket team's all-rounder Hardik Pandya. After some years being together, the couple broke up earlier in 2018.