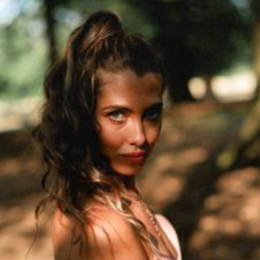 Eloise Lovell Anderson is a prominent British actress best known for her appearance in movies like Villian, Hustle, and Social Suicide. As for the small screen, her most notable work was in The Bastard Executioner as Romona.

Eloise Lovell Anderson is possibly dating someone special as of now. However, the actress has managed to hide the personal details of her partner. To this day, Eloise has not introduced any men as her husband or boyfriend. 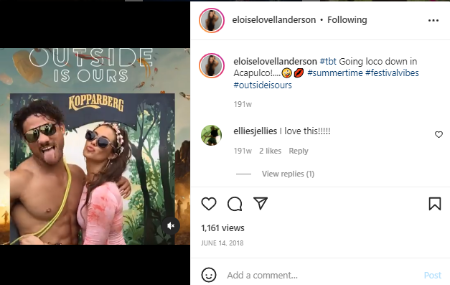 Eloise Lovell Anderson has been dating a mysterious guy for years. SOURCE: Instagram

Nevertheless, on June 14, 2018, Eloise uploaded a short video with an unnamed man who posed semi-naked with pink-dressed Anderson. Assuming the pose between the two, Eloise and the mysterious guy have been in a relationship for five years. But they prefer keeping their love life secret. 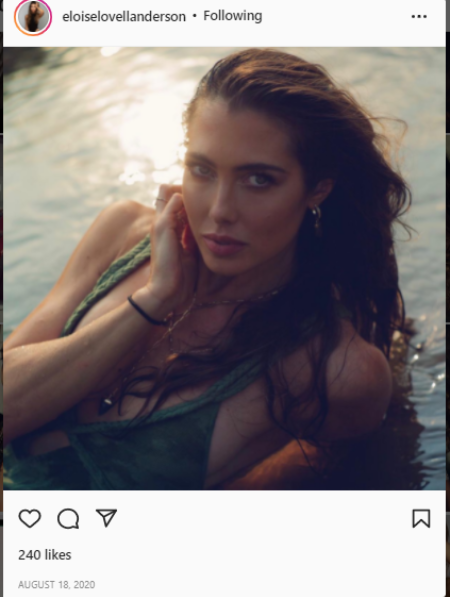 Eloise captioned the post, writing, "TVR Going loco down in Acapulco, Summertime, Festival Vibes, Outside Is Ours. The way Eloise's friend Ellie Jellies and sister Sophie Lovell Anderson commented on the post, it seems like Eloise is dating the same guy.

Eloise Lovel Anderson makes a reasonable amount from a long-term career as an actress. She possesses an estimated net worth of $500,000. In contrast, another English actress Esme Creed-Miles holds a net worth of $2 million. She has featured in movies such as Social Suicide, Photo Finish, Unlighted, Screwjob, Villain, and The Hustle. 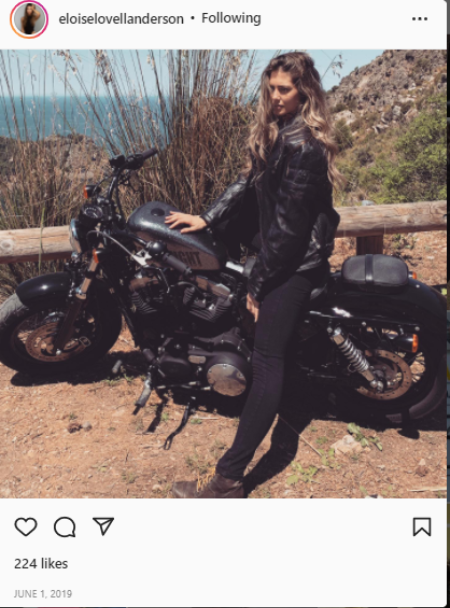 When Eloise was not acting, she displayed in many fashion magazines such as "Self Service," V Magazine, W Magazine, Japanese, Italian British, and Brazilian Vogue. Eloise signed up with the Ford model and worked with elite photographers like Inez and Vinoodh as a young girl. As a model, Eloise attended the campaigns such as Just Cavalli.

Eloise wished to do more than modeling, so she focused on acting. As a result, Eloise worked on theatre plays and immediately landed her first television role in The royals. She starred in a few films in the next years. He played a major role in the hit movie "The Hustle" in 2018.

Be sure to check out Marriedwiki for more celebrity updates.