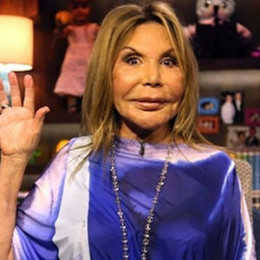 The reality star Elsa Patton is popularly known for the reality series named The Real Housewives of Miami. In the show, she appears alongside her daughter Marysol Patton. She was also cast in the 2012 show, Watch What Happens: Live as a guest. Patton has helped numerous people suffering from cancer to lessen their burden by working as a self-proclaimed Seer.

Besides her career, she is wifely popular for her plastic surgery and its complications.

Elsa Patton's Personal Life: Who Is Her Husband?

Elsa Patton was married to her long-term boyfriend turned husband,  Donald Patton for more than five decades. The whereabouts of her spouse seem to be missing from the media.

Patton and her beau were blessed with a child. They gave birth to daughter Marysol Patton on January 9, 1967, in Florida.

Her daughter was married for two years to Philippe Pautesta Herder. But in 2013 the couple were about to get a divorce after 50 years of marriage since they were having a hard time living together. But due to Patton's sudden health deterioration, they didn't separate. 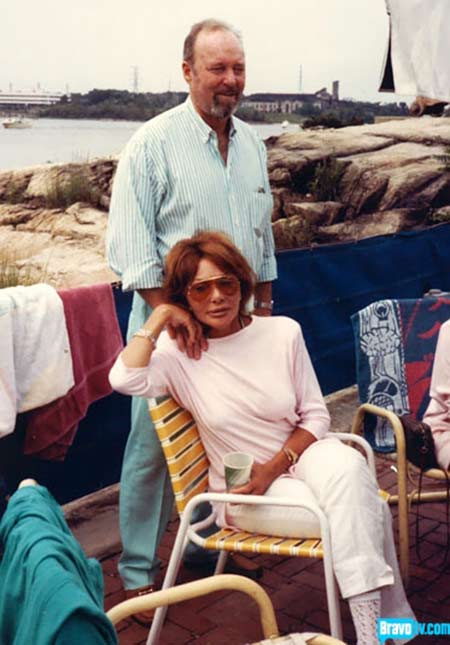 Since she is very old she has been suffering from several health hazards until her last breath. In 2012, during the premiere party of her show, The Real Housewives of Miami suddenly became unconscious. She had to be admitted to the hospital.

Elsa was discharged a day later but again on March 3, 2013, she suffered a stroke while at home and fell. That was a serious one and to treat it she had to undertake brain surgery.

The mother to RHOM star was advised to take physiotherapy for months. She recovered and was seen in a fit condition in her reality show.

Talking about Elsa Patton Face, she was blessed with a simple = face, nose, and lips. Patton started doing plastic surgery to stop her face from aging in 2008 and continued with the procedural until 2012.

Unfortunately, her surgery didn't go well and her face was damaged instead. Sadly, after facial plastic surgery, she didn't look normal or beautiful again. 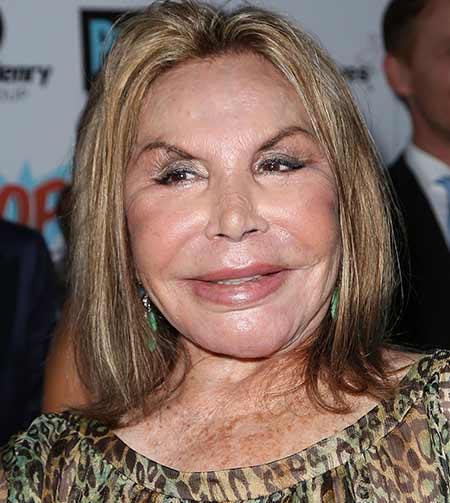 While talking about her plastic surgery on January 6, 2013, she talked about having very bad surgery and a bad doctor. Despite Elsa Patton's face, she had managed to make a mark in the television field with her unique personality.

Here is a video of Elsa Patton given an interview.

How Much Is Elsa Patton's Net Worth?

Elsa Patton is a reality star who appeared in the Bravo reality series, The Real Housewives of Miami in 2012-2013. In the show, she was seen with her daughter Marysol and other casts Alexia Echevarria, Joanna Krupa, and Adriana de Moura. 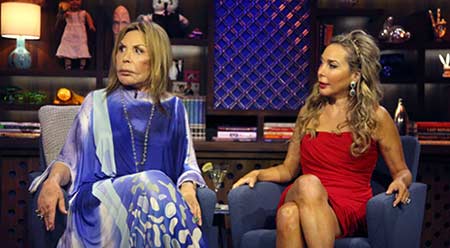 Patton appeared as a guest in the 2012 show, Watch What Happens: Live. Besides, she is a self-proclaimed Seer ( Surveillance, Epidemiology & End Results) of the National Cancer Institute who has helped many people to reduce their cancer burden. She has a business venture of her own named Havana Elsa Coffee.

Elsa Patton, the mother of Real Housewives of Miami star Marysol Patton died at 84 in May 2019. The Patton family confirmed the mournful news to Page Six and stated,

"Our beloved Elsa Patton (AKA Mama Elsa) passed away over Mother’s Day weekend after a long illness. She was surrounded by her family and close friends."

"The family is so very grateful to the many fans and friends who have continued to ask for her and offer their prayers and best wishes."

The news of Elsa's passing came over a year after her husband of 50 years, Donald died in February 2018.

The health condition of Patton took a worse turn in RHOM's third and final season that aired in 2013. Her fans learned about Elsa's health issue as she suffered a stroke.

In addition to her daughter, she was survived by son Thomas Anthony Jones, daughter-in-law Svetlana and grandson Hunter.

Elsa Patton was born on August 25, 1936, under the birth sign Virgo in Cuba. She holds an American nationality and belongs to a White Caucasian ethnicity. She has a Twitter account that has 23.5k followers. The celebrity mom has short blonde hair with small black eyes. Elsa stood at a height of 5 ft 4 in and weighed 60 kg.

Elsa Patton has a daughter from her ex husband. Her daughter's name is Marysol Patton. She is also a reality star.