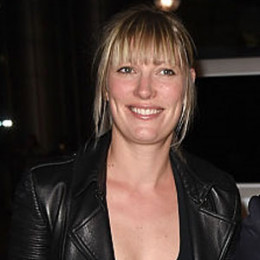 Elvira Lind is well known as 34-year-old, documentary filmmaker and photographer. She is in the hot news because of her affair with Oscar Isaac.Lind was seen with Oscar Isaac at the Golden Globes together in January 2016 which making their relation official.. She is the winner of the Best Documentary Award for Her directorial project named 'Bobbi Jene.'

Lind came to the highlights after having an affair with Oscar Isaac, a Guatemalan-American actor, and musician well known for his lead roles in the comedy-drama Inside Llewyn Davis (2013), for which he received a Golden Globe Award nomination.

Lind and Oscar were dating secretly, and in January 2016, the couple went public with their romance at the Golden Globe Awards, where her partner won Best Actor in a Limited Series for Show Me a Hero. They first met in 2012, one month before Isacc began shooting his critically acclaimed film Inside Llewyn Davis.

They aren't married yet, but they have a son together born late April 2017. So far the couple has kept the details about the baby like the name and birth date to themselves.

Elvira is a very private person and has kept all of her past affairs away from the media.

Like her personal details, Elvira has kept her financial status also a secret. But we do know the net worth of her partner Isacc. He has an estimated worth around $8 million.