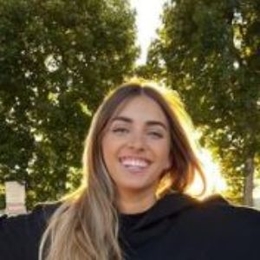 Emelia Hartford is a multi-talented automotive YouTuber and SAG-AFTRA Actress. She gained the limelight after her record-breaking new generation twin-turbo Chevy C8 sportscar with one of the highest horsepower engines in the world.

Emelia Hartford is very secretive when it comes to revealing her personal information. Despite being one of the leading personalities in the automotive industry, content creator, car builder, and driver, there's no detail about her boyfriend and past relationship history. 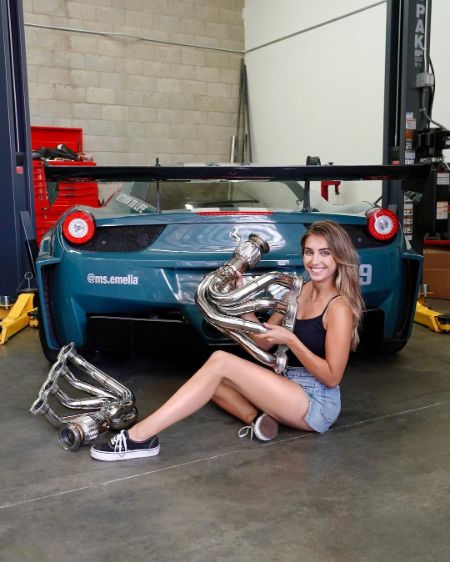 Not to miss, Emelia likes to call herself a producer and sag-after actor on her Instagram bio. On August 29, 2022, she shared exciting news: "I'll be the official host of Monterey Car Week with Acura." The moto vlogger sat down with the VP of Acura, Jon Ikeda, and car designer Guy Melville Brown.

What's the Net Worth of Emelia Hartford?

Emelia Harford is passionate about automobiles and is entirely a Gear Girl. Her cars include Subaru WRX, Prius, and S14 240SX with an LS1 V8 Swap. With the revenue from her YouTube and acting, Hartford has maintained a whopping networth of $1.5 million. 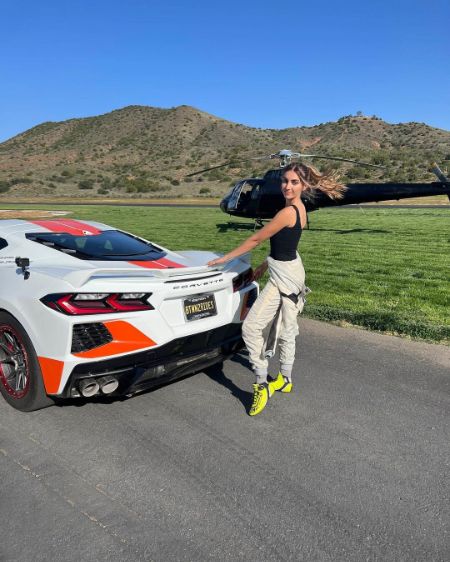 With her earnings, Emelia surprised her mom by buying her dream car in 2022.'All while challenging societal norms as a leading lady in the man-dominated automotive industry, Hartford takes to the tracks, competing in Extreme Speeds BMW Street Class, SCCA, and major autocross events.

Ms. Hartford is preparing for gymkhana competitions and hopes to race it in the coming days. Her on-screen hosting appearance came in Discovery's "Young Guns" special episode of "SEMA: Battle of the Builders" and Netflix's "Fastest Car." 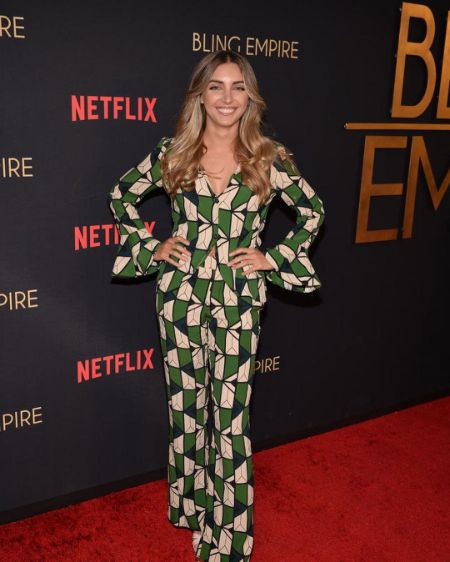 Emelia Hartford at the premiere of Netflix's series Being Empire. SOURCE: Instagram(@ms.Emelia)

Moving on, the social media influencer portrayed the character of Sofia in the comedy min-series Men, Women & Reality. Also, the versatile SAG-AFTRA Actress starred in the 2018 television series Redbull TV: Drift Queen and appeared as the featured host alongside Rob Corddry in Super Turbo Story Time.

Plus, her acting credits date back to 2009, when the lady delivered a brilliant performance in the Jimmy Nickerson-directed film Mexico With Love alongside Kuno Becker and Stephen Lang.

As a digital force, on her self-titled YouTube channel created in 2017, Emelia uploads auto vlogging videos related to car building and driving racing cars like Ferrari, c8, Mustang, and so on. YouTubers get paid $1 per view and $20 per 1000 advertisement views.

With the rise in her popularity, her YouTube subscribers are also growing. Her mom and friends, Shawn and Evan Shank, inspired her to begin a YouTube channel.

From her thriving career, the lady earns a good amount of money. Also, she does modeling for the broad genre of cars, which generates a good paycheque for herself. One of her videos has over 14 million views, where she talked about going off-road drifting.

A big part of her money comes from her sponsorship deals with racing brands and her line of merch, "Love Supply," after many fans and viewers demanded. Before working in the car garage, she used to work at a restaurant and as a park staff at Paoli Peaks, a ski resort.

Further, Emelia is a sizzling leading actress and car-builder known for her light blonde hair and inherited blue eyes from her American origin parents. She stands at 5 feet 8 inches and weighs around 55 kg. Her diet preferences are mostly nonvegetarian, and she works out to remain fit.

On May 31, 2009, Emelia Hartford lost her father, Glen Hartford, aged 45, to suicide by shooting himself in the head when she was 16. Her dad was the chairman, CEO, and founder of the production and distribution company Cinamour Entertainment.

After her father's death, Emelia changed multiple high schools and saved her money to buy a 2005 Infiniti G35 car. Sadly, her younger brother Ryan Hartford also committed suicide on July 2019. Emelia's future vision is to start a foundation to help people suffering from anxiety and depression.

Keep coming back to Married Wiki for exciting biographies & news of celebrities.