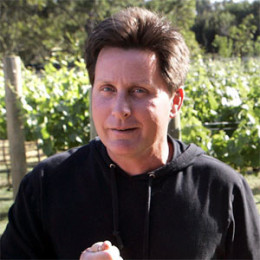 Emilio Estevez is an American actor born to acting family as his father Martin Sheen and brother Charlie Sheen both actors. He had interest in acting since his childhood and landed his first role in a drama by the Catholic Paulist order. He rose to stardom after his performance in The Breakfast Club in 1985.

Emilio Estevez was born on 12th May 1962 in Staten Island, New York, U.S. to Janet Sheen and Martin Sheen. He has three siblings: Ramon Estevez, Charlie Sheen, and Renée Estevez. He holds American nationality and is of mixed ethnicity(Irish and Spanish descent).

Emilio Estevez was interested in acting from a young age. At the age of 11, Estevez along with his friends Sean Penn, Chris Penn, Chad Lowe, and Rob Lowe made short films together.

During his high school, he also performed in a short film, Meet Mr. Bomb. He also played in 1979 American epic war film Apocalypse Now, however, his part was removed later.

He landed his first major role in a drama by the Catholic Paulist order and also made his first stage performance along with his father in Mister Roberts. The father-son duo also worked together in the film In the Custody of Strangers in 1982.

He got his huge break in the big screen from the movie Tex in 1982. He then landed another role in Hinton adaptation, The Outsiders in 1983. Back-to-back he got several films like Repo Man, That Was Then, This Is Now, Stakeout, Young Guns, and Young Guns II.

Further, Estevez also tried his luck as director and writer in 1990 film Men at Work, Bobby in 2006 and The Way in 2010. He also directed some episodes of Cold Case, CSI: NY and Close to Home. He also wrote a screenplay in That Was Then, and This Is Now.

Estevez has been honored with several awards including Hollywood Film Awards in 2006, Phoenix Film Critics Society Awards in 2006, Venice Film Festival, and Western Heritage Awards in 1989 among others.

Currently, Emilio Estevez got engaged to Sonja Magdevski in September 2005. Magdevski is a Macedonian journalist. The couple first met while filming The Way.

Previously, he dated model Carey Salley. The couple together had two children: Taylor Levi Estevez born on June 22, 1984, and Paloma Rae Estevez born on February 15, 1986. They eventually separated in 1986.

He then married singer-choreographer Paula Abdul. The couple tied the knot on April 29, 1992, but their marriage ended in May 1994. Abdul later stated that she wanted to have kids; however, Estevez didn't as he is already a father of two. Estevez also got engaged to St. Elmo’s Fire co-star Demi Moore but later called it off.

Emilio Estevez's estimated net worth is $15 million. Most of his net worth is collected from his career as actor, director, and writer.

Estevez took almost six years to write the film Bobby which he also directed and produced. The movie made $20.7 million in the box-office. However, the collection didn't compensate production costs which nearly lead him to bankruptcy. He also produced another film The Way which made a box office collection of $7,0976,90.

Emilio Estevez along with his after father Martin Sheen conducted a charity premiere of their movie, The Way. They donated the funds raised from the event to the Peace Lab in Hal Far on the initiative of the US Ambassador.

Taylor Levi Estevez born on June 22, 1984 to actor Emilio Estevez and model Carey Salley. His parents break up in 1986.

Paloma Rae Estevez was born on February 15, 1986, to actor Emilio Estevez and model Carey Salley. His parents break up in 1986.