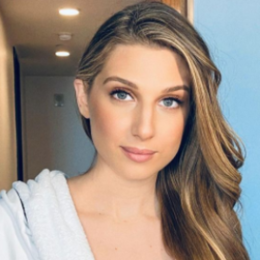 Emily Arlookis an American actress and writer known for her appearance in Grown-ish, The Good Place, and Just Add Water. She is widely acclaimed for portraying the bisexual characters in Grown-ish alongside Diggy Simmons.

Is Emily Arlook still engaged to Will McCormack?

Emily Arlook is happily engaged to her long-term boyfriend turned fiance Will McCormack. The actress's baby daddy proposed his lady love with a dazzling diamond ring back in 2015. Will is an accomplished actor and television producer.

The lovebirds celebrate their sixth anniversary on September 25, 2021. To be precise, Emily started dating Will McCormack in early 2013 but made it official in 2015. 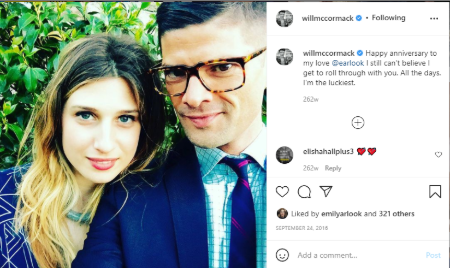 Emily Arlook is happily engaged to Will McCormack. SOURCE: Instagram

Emily and McCormack have been together for over five years. And, Emily and her man do not lag behind flaunting chemistry on social media. Furthermore, Arlook has been the loving future sister-in-law in the making to Bridget Mart McCormack with whom she was pictured on 12 January 2019.

That's not all, Arlook shares a daughter with fiance Will McCormack. The lovebirds welcomed a baby girl in mid-2020 who is now 1 and a half years old in 2021.

Emily Arlook & her Net Worth Collection

Emily Arlook has an estimated net worth of $1 million as of late 2021. Will's partner makes a payroll of $214,000 annually. She earned a huge fortune from her decade-long career as an actress. Her highest-grossing movies and television series include Grown-ish, Just Add Water, and The Good Place.

Arlook started off her acting career starring in the 1998 movie 20 Dates with her sister. In the biopic movie, she played the role of Emily. In 2002, Emily portrayed Hannah Bumpers in the horror movie Wishcraft.

Arlook shared screens with Huntley Ritter, Alexandra Holden, and Michael Weston. The actress's other movie credits include Aldo, Miles to Go, and Just Add Water. Arlook joined the TV industry in 2014 playing the character of Key in the series A to Z. Subsequently, she appeared in another series Shitty Boyfriend with a major character. 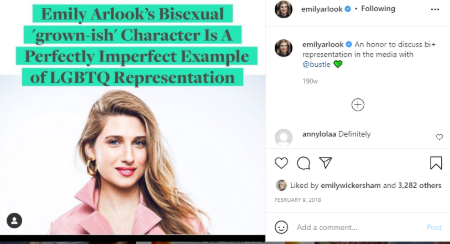 Emily played the bisexual character, Zoey Johnson, in the series Grown-ish alongside Diggy Simmons The LA native featured in other movies like Hand of God Pillow Talk and The Hood Place.