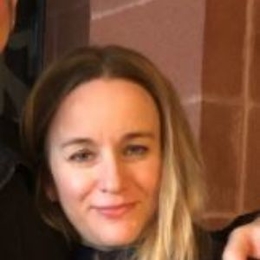 Emily Cass McDonnell is an American actress mainly known for her work in theatre. She came to the limelight after starring in the projects like Marie And Bruce, Ricki and the Flash, Marriage Story and Master Builder.

Emily Cass McDonnell is in a relationship as of March 2022. In her Instagram post, Emily opened up that she shares unconditional love for her boyfriend, Gary. 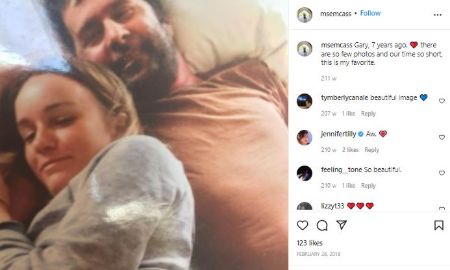 Emily Cass McDonnel and Gary have been together for about ten years. SOURCE: Instagram(@msemcass)

Not to mention, Emily captured their romantic moment together on Ig with a photo with her man cuddled up for a photo. Cass captioned," Gary, seven years ago, there are few photos and our time so short, this is my favorite."

Further, Cass McDonnell celebrated this year's Valentine's Day by posting a cute photo of looking at one another's eyes while donning matching sunglass. The actress captioned it, " Also, I have sweet Valentine despite the previous poem post." 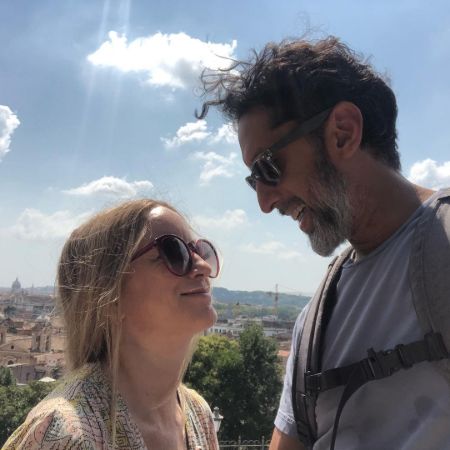 The exact date when the deeply in love pair began their in-living relationship is still a mystery. The couple has been together for a long time now, and their fans wonder if they are ready to take their relationship further to the next level.

Emily Cass McDonnell has summoned an estimated networth of $2 million. The lady started as a theatre actor and played the character of June in 2013 off-broadway Aunt Dan and Lemon before establishing herself as an actress in Hollywood.

Check out the video of A Master Builder 2014.

Apart from this, Emily has also worked in off-broadway plays such as Mercy Fur on The New Group Premiere Production in 2015. Later, she played as Duchess in The Thin Place on Playwrights Horizons for four years.

The blonde beauty has gathered 11 credits as an actress till today. Her debut role was in the TV show Marie and Bruce as Bettina. Emily has since gone on to work in many movies, and TV shows like A Master Builder, Blackbird and Men Go to Battle.

To add up, the New York-based actress will next be seen in Celine Song's created TV drama Past Lives alongside the cast of Greta Lee, Jojo T. Gibbs and John Magaro.