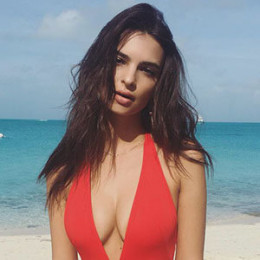 American actress and model, Emily Ratajkowski is a daughter of Kathleen Bagley, a professor, and John David Ratajkowski, a painter. She attended California Polytechnic State University. Ratajkowski has been cast in two music videos: "Fast Car" by Taio Cruz, released on 5th November 2012. She earned her first leading role, opposite Zac Efron, in We Are Your Friends, a musical drama released in August 2015.

Emily Ratajkowski was in a relationship with Andrew Dryden, an art director but after their break up, Emily is now dating Jeff Magid, a musician since 2014. She is an advocate for women's health issues as a spokesperson for Planned Parenthood and supports the right of women to express their sexuality also influenced by third-wave feminism and works with 'The Beauty Myth' and 'Promiscuities' by Naomi Wolf.