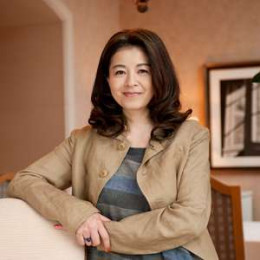 Eri Ishida is a Japanese actress, who is well known from the movie "The Clone Returns Home" and for playing the leading role in "The fishing Diary," which was directed by Kiju Yoshida. In 1981, Ishida starred in "Distant Thunder", from which she instantly rose to fame. She was awarded both 'Best Actor' and 'Best New Actor' prizes at the Japan Academy Awards for the role.

Eri Ishida married musician Fujimaru Yoshino in 1985 but the couple's relationship was short-lived and ended with a divorced 1990. According to our record, she is possibly single and has not faced controversy or rumors that surround her so far. Unlike her successful career, very few details are made open regarding her private life.

Eri Ishida got married to musician Fujimaru Yoshino in 1985 but the couple did not continue their marriage relationship and they divorced in the year1990.