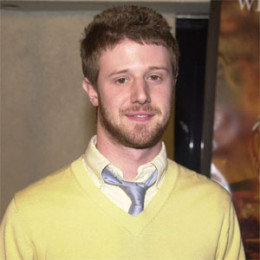 Eric Jungman, 36, is an American actor, best known for portraying the character of Jain McManus in ABC short-lived series, 'Night Stalker'. He debuted in films at the age of 17 with a minor role in 'The Faculty' (1988). He appeared in around 20 movies till date.

Eric Jungmann was born as Eric Joseph Jungmann on December 2, 1981, in Orlando, Florida, United States. He is American and belongs to the White-American ethnicity/race. His birth sign is Sagittarius. He was raised along with his sister, Rebecca Ann.

His parents, Janet and Jim Jungmann are restaurateurs. Jungmann completed his schooling at the North East School of the Arts and the International School of the Americas. Both of the schools are housed on the campus of Lee High School in San Antonio, Texas.

Eric Jungmann made his acting debut in 1988 with the film, The Faculty. The following year, he appeared in the movies, Varsity Blues, The Boy with the X-Ray Eyes. He also appeared in TV series like Walker, Texas Ranger, 3rd Rock from the Sun, Roswell.

Jungmann has worked on several TV series and movies. His career skyrocketed after he signed in Night Stalker for the role of Jain McManus. His other screen credit includes Outside Happy Endings, Shotgun Wedding, CSI: Crime Scene Investigation, CSI: Miami, 8 Simple Rules, Castle and many more.

Jungmann is reportedly single at the moment but previously he was linked up with many popular faces. As per some online sources, he dated Ryan Parker in 2001 but due to some personal issues, the couple split.

Later, Jungmann linked up with China Shavers in 2003. However, the duo never revealed their relationship status to the public.

Jungmann was rumored to be in a romantic relationship with actress, Kelli Garner. However, the relationship has not been confirmed yet.

Eric Jungmann has an estimated net worth of $1.3 million as per the source by networthpost. Most part of his income is accumulated from movies and TV series.