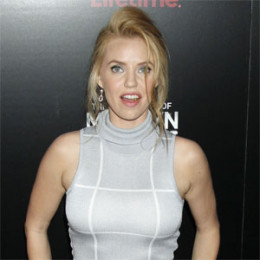 American film and stage actress, Kelli Garner made her Hollywood debut from a shot movie, Architecture of Reassurance. She featured in a thriller film, Bully as Heather Swallers. Garner, appeared in numbers of movies and series like The Aviator, Horns, G-Force, The Secret Life of Marilyn Monroe and Looking among others. Besides, she is dating a musician after the separation from her previous boyfriend.

Kelli Garner was born as Kelli Brianne Garner on 11th April 1984, in Bakersfield, California under the birth sign Aries. Garner is American as per her nationality, and as far as her ethnicity is concerned, she is White. She is the daughter of Dawn Garner and Brian Garner.

Garner completed her schooling at Thousand Oaks High School. During her schooling, she was a talented soccer player.

Kelli Garner made her Hollywood debut at the age of 16. Garner appeared in short film Architecture of Reassurance directed by Mike Mills. The same year, she featured in a TV series, Time Share.

In 2001, Garner starred in her first movie, Bully by Larry Clark after being discovered by an agent while attending a friend's bar mitzvah. She later appeared in numbers of movies and series like Love Liza, Man of the House, Dreamland, Horns, One More Time, Buffy The Vampire Slayer, Grounded for Life and Looking.

Garner is popular for some of the movies and series like- The Aviator, Bully, G-Force, Pan Am and Horns among others.

Garner’s recent movies and series include 2015’s Americano, One More Time (by Robert Edwards), Looking (by Michael Lannan) and The Secret Life of Marilyn Monroe (by Laurie Collyer).

Kelli Garner is unmarried and has no children. Garner is currently dating her boyfriend, Zach Shield. Zach Shield is a musician and a singer of the band, Nigh Things. As per the sources, the couple is in a relationship for around two years.

The pair is in a serious relationship but has never spoken much about their dating life to the media. They attended few functions and red carpet events together.

Garner was in a relationship with Johnny Galecki in the past. He is an actor from the popular series, Big Bang Theory (cast- Jim Parsons, Kunal Nayyar, and Simon Helberg among others). The pair started dating in 2011 and stayed in a relationship until 2014.

The couple also attended the marriage ceremony of Kaley Cuoco and Ryan Sweeting at the Mexican beach. However, the relationship did not last long and broke up eventually.

As per some sources, Garner dated Eric Jungmann and Logan Marshall-Green in the past.

Kelli Garner, age, 33, has the height of 5 feet 6 inches (1.68m). The gorgeous actress has an estimated net worth of $1 million. She earned a huge amount of money from her acting profession.

Some of Garner’s movies that made a good collection at the box office include:

In the coming future, her net worth might surely be increasing, as she appeared in hit movies and TV series.