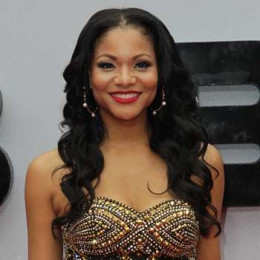 An American film and television actress and model who is better known for starring in BET's Let's Stay Together and on popular ABC Family drama "Lincoln Heights". She was just 9 years old when she developed passion for acting. Then she started acting in stage play. She has already earned Bachelor of Arts degree. She started her career by starring in series named "Up 'N Running”. She has been feature in the commercials of Sears, Kellog's, MCI, McDonald's and Reebok. She has appeared in the popular movies like Save the Last Dance, A Cinderella Story, Simon Says, The Sisterhood of the Traveling Pants, Akeelah and the Bee.

Regarding her personal life she has not married yet. And since there was news all over the media that she broke up her boyfriend back in 2011, she has not dated anyone after that breakup. It seems like currently she is focusing more on her career rather than her love life. She has not been a biological mother yet. Since she was once in relationship with a guy, all the rumor about her being lesbian are only hoax.