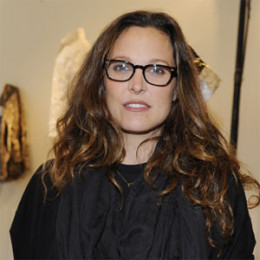 Erin Daniels is an American actor known of her role as Dana Fairbanks on The L Word. She grew up in a Jewish family. Her father was an architect and her mother was a clinical social worker. Erin attended Clayton High School and Vassar College, and graduated majoring art. She gained attention of her role as Dana Fairbanks and has also starred in a number of films including A Single Man, One Hour Photo and Joshua Tree and more.

Erin is a married lady. Daniels is married to producer Chris Uettwiller in 2008. This couple is parents to two children: a son born in 2009 and a daughter was born in 2012. There is no much information on their marriage detail and their children. It seems like they are very happy in their marriage relation. There is no rumour on their divorce or marital affairs.