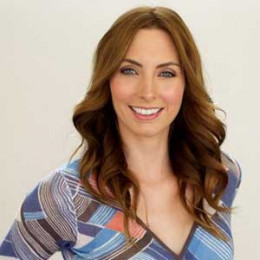 Erin Gibson is an American actress, comedian, and improviser famous for her work in "Throwing Shade." It is a comedy podcast and TV show which premiered on TV Land on 17th January 2017. She is also known for hosting "Modern Lady" which aired on Current TV.

Erin Gibson was born on 22nd April 1979 in Glendale, California, USA. She completed her education from Second City Chicago, Illinois in improvisational theater based in Chicago. Later she studied at UCB.

Erin rose to fame from the year 2010 by hosting “Modern Lady” which was a segment in “Infomania” aired on a Current TV show.

In the year 2011, Gibson was cast in the TV show “Chelsea Lately, ” and the same year she was also seen in the TV series “Parks and Recreation.” The following year, she directed “Book Club Mafia with Natasha Lyonne, Taryn Manning & Tracee Ellis Ross.”

Erin also wrote “Gay of Throne” which is a parody of TV series “Game of Thrones” which has over 41 episode. Currently, she is working on a comedy show “Jeff & Some Aliens” as a host in TV Land.

Moreover, she was a teacher and used to teach improvision classes in Houston. She is also associated with different awareness program and has directed, written and starred in the short movie “Duggars Respond to Sexual Abuse Scandal.”

Erin was a married woman. She tied the knot with Micheal Blieden, American writer, and director. Micheal is famous for his work on “Late Night with Jimmy Fallon."

The pair married after seven weeks of relationship on 22 February 2005, but somehow, the relationship did not last long. She also suggested her fan not to go through the same path, mainly on the decision of marrying a stranger.

Erin has collected huge name and fame in the industry. She earns a good sum of money from her profession as an actress and writer. However, her exact earnings have not been disclosed yet.

Micheal and Erin married after seven weeks of relationship on 22 February 2005. He is an American writer and director. Micheal is famous for his work on “Late Night with Jimmy Fallon."