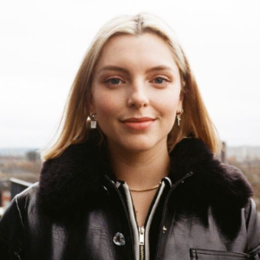 Everyone's dream won't come true! A Canadian YouTuber Estee Lalonde had a dream to marry and settle with her beloved boyfriend and spend the rest of her life happily with him. However, everything turned over, and the couple had to part their ways even after staying in live-in relatioship for a few years. So what was the reason behind their split? Let's find out the details.

Broke-up With Her Long-term Boyfriend

A Canadian YouTuber Estee Lalonde was in a relationship with her boyfriend named Aslan for quite long. In a YouTube video titled 'The Boyfriend Tag! | Estée Lalonde' shared by the YouTuber on her channel on 8th October 2011, the former couple revealed that they met through a website called Omegle. 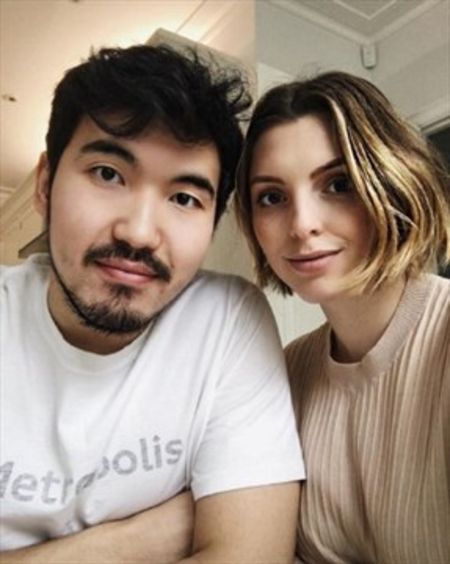 It is a text-based website where people can chat with random strangers across the world, but no one knows anyone as there won't be any photos of the one with whom they are talking to. They talked on the chat for around four-five hours, and Lalonde later gave her an email to Aslan.

Estee further disclosed that, while chatting, she thought that he is the man for her and future husband. She even thought of getting married to Aslan in the near future. The next morning, her then-lover also shared his email, and from then onwards, the two began to have a conversation daily by emailing each other.

They consider that it was quite romantic as the duo used to send letters back and forth. Nevertheless, neither of them had an idea of how they looked like. Then having conversations for around a month, they shared pictures of one another. 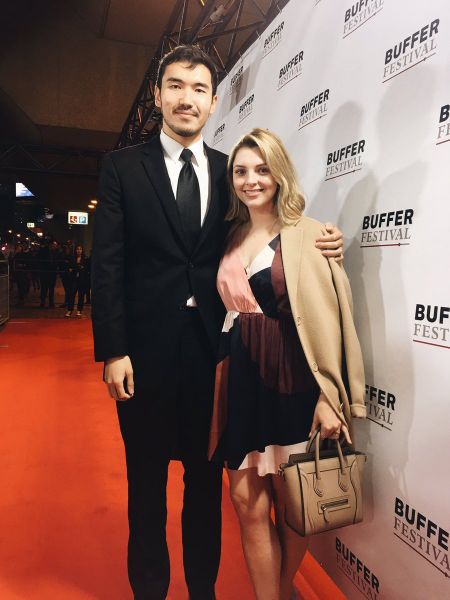 Later, they began skyping, which became a better option for them to talk. At that time, Lalonde was in Canada, whereas Aslan used to live in England. Her then-boyfriend once asked Estee if she wanted to go on a road trip with him, which the YouTuber accepted.

Well, after being in an internet relationship for around nine months, Aslan flew to Canada, and they met for the first time in real life in Toronto. Then, the two went on a swing road trip to New York for about a month.

Furthermore, after the completion of her University, in 2010, Lalonde moved to England to live together with her lover. They likewise had nicknames for each other. Aslan used to call the YouTuber 'button' whereas the Estee used to call her boyfriend 'goose.' 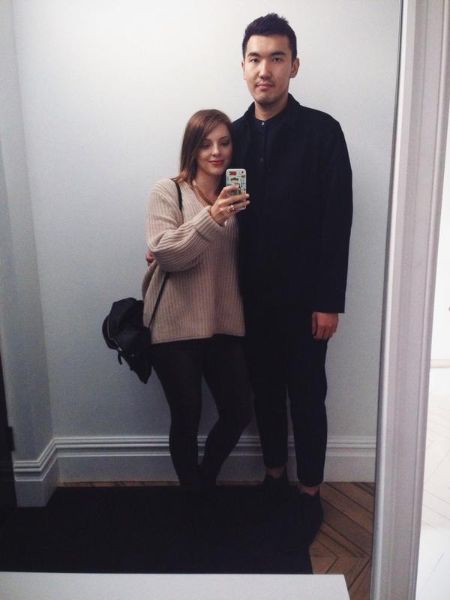 The lovebirds were deeply in love with one another, and they often spend their time together. Moreover, the duo also made several collaborative YouTube videos. Both of them supported one another in every moment of their professional as well as personal life.

Even though the pair were in a live-in relationship, their plans and dream did not come true. Sadly, things did not work out well in between them, which resulted in their breakup in 2018. Lalonde revealed the news of their separation via Twitter. 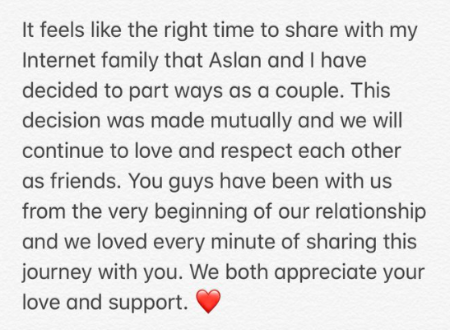 Estee Lalonde broke up with her boyfriend SOURCE: Twitter (@esteelalonde)

On the Tweet, the YouTuber said that she and her boyfriend decided to part their ways, and it was done mutually. Further, she said that they would continue to love and respect each other even after their breakup.

Learning To Be Herself After The Heartbreak

A few months later, their split, Estée Lalonde, disclosed that she found herself living alone for the first time in her life. According to her, she had never lived alone as there were her family and boyfriend or someone every time throughout her entire life until the heartbreak.

"But now, at the age of 28, I have found myself in a position where I don’t have that soft place to fall. Although I was looking forward to independence, a big part of me was terrified. Could I actually do this?" 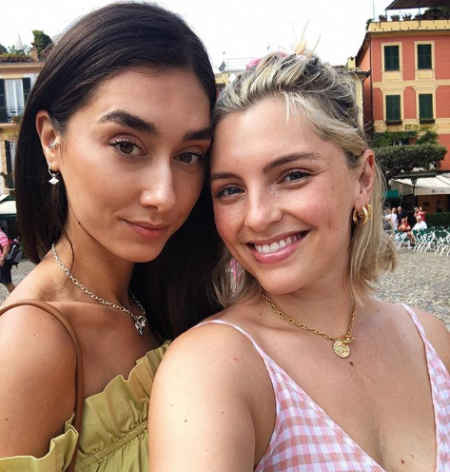 However, she admitted that she is determined to make her new life worthwhile. The YouTuber has already moved on, and she is physically as well as mentally strong. Like in her previous days, Lalonde creates several videos and further works in collaboration with her friends.

Estee moreover is active on Instagram, where she keeps on giving a glimpse of her current life and works. She is single since the heartbreak, and further, there are no rumors surfaced on the internet about her affairs.

Estee Lalonde is famous on YouTube, where she runs a self-titled channel. She began her journey on YouTube on 3rd March 2011. On her channel, she uploads beauty and lifestyle videos. As of February 2020, her channel has over 1 million subscribers.

From YouTube, Lalonde makes a fruitful income. Similarly, she also earns an additional sum of money from Instagram. Earning a good amount of money from social media, Estee is able to maintain a net worth of around $600,000.