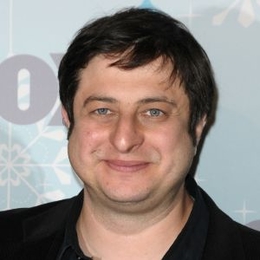 Eugene Mirman is a stand-up comedian, actor, and author. He is most famous for voicing the character of Gene Belcher on TV series Bob's Burgers. He will be seen reprising the role in Bob's Burgers: The Movie, which is slated to be released in 2021.

The Russian-comedian Eugene Mirman was married to set decorator Katie Westfall Tharp till her death. Katie lost her life to breast cancer on January 29th, 2020.

Mirman and his late wife first met in the early 2010s in Brooklyn. After dating for a couple of years, the pair tied the knot on Labor Day 2015. After the marriage, the couple settled down in Somerville, Massachusetts, in a house that was designed by Katie herself. 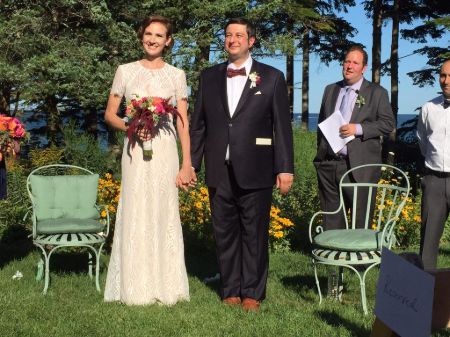 Mirman and late Katie welcomed a son Oliver Mirman in 2016. After the death of his wife, Eugene is now a single parent of three years old. In an interview, he told that his main priority is to make sure his son is as Ok as he can be.

The Documentary, "It Started As a Joke" Features Eugene's Late Wife's Illness

Eugene Mirman's wife was first diagnosed with cancer in 2011. At that time, she won the disease with chemotherapy and various treatments. Sadly, in the latter half of the 2010s, her cancer relapsed, and this time it metastasized in her bones, and thus her likelihood to beat cancer decreased.

The diagnosis of Katie was devastating to her and Eugene. Nonetheless, the family learned to live with it in the best possible way. The whole experience of Mirman family with cancer is showcased in the documentary; It started as a Joke. 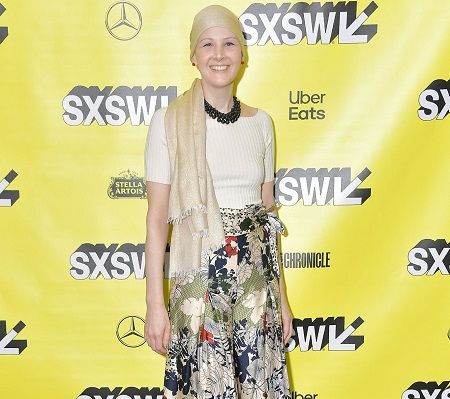 The documentary was originally made to celebrate Eugene Mirman Comedy Festival's tenth year. However, directors Julie Smith Clem and Ken Druckerman, who are good friends with Late Katie, decided to make a more of it as a farewell project for Eugene's late wife.

Eugene Mirman's Career and Net Worth

Eugene Mirman is a sucessful comedian and actor who is best known for playing Yvgeny Mirminsky on "Delocated" and Cecil Tunt on "Archer." However, he is most famous as the voice of Gene Belcher in the animates series "Bob's Burgers" and the upcoming movie "Bob's Burgers: the Movie."

Mirman, in addition, is a sucessful author and podcaster. He often appears on Star Talk Radio hosted by Neil deGrasse Tyson. As o 2020, his net worth is estimated to be $2 million.

Oliver Mirman and his late wife shared a son Oliver Mirman. He is the only child of the couple.