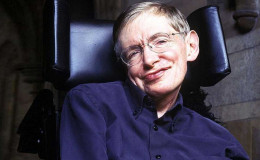 Renowned Physicist Stephan Hawkings dead at the age of 76. Many people from around the world expressed their condolences to his death.

This just in, veteran physicist Stephen Hawking died at the age of 76.

The spokesperson for the family announced the tragic news. The world is deeply saddened by the loss of one of the greatest scientist of all time.

Hawkins who is famous for his work in black holes and relativity took his last breath earlier today, British GMT. 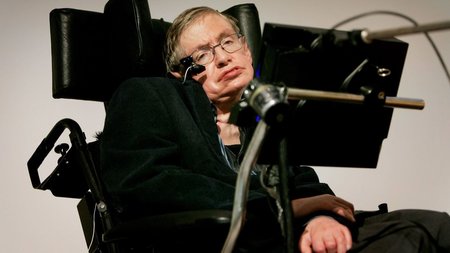 His three children, Lucy Hawking, Robert Hawking, and Tim Hawking in a statement made to the public stated,

"We are deeply saddened that our beloved father passed away today."

"He was a great scientist and an extraordinary man whose work and legacy will live on for many years."

They praised their late father for his work in the field of science and also for his courage, persistence, brilliance, and humor.

According to them, their father once stated

'It would not be much of a universe if it wasn't home to the people you love. We will miss him forever."

Big scientists like Neil deGrasse Tyson tweeted a heartfelt message regarding the sad demise of Stephen.

His passing has left an intellectual vacuum in his wake. But it's not empty. Think of it as a kind of vacuum energy permeating the fabric of spacetime that defies measure. Stephen Hawking, RIP 1942-2018. pic.twitter.com/nAanMySqkt

Institutions like NASA and big celebrities like Sam Smith, Sue Perkins, and Kirsty Major, were quick to react to his death.

Remembering Stephen Hawking, a renowned physicist and ambassador of science. His theories unlocked a universe of possibilities that we & the world are exploring. May you keep flying like superman in microgravity, as you said to astronauts on @Space_Station in 2014 pic.twitter.com/FeR4fd2zZ5

‘Science is not only a disciple of reason but, also, one of romance and passion’ - what an incredible human. Every time we look up at the stars we will think of you Stephen Hawking pic.twitter.com/4R1pjzIk0M

'It would not be much of a universe if it wasn't home to the people you love.' RIP Stephen Hawking.

Stephen Hawking: “Everybody can enjoy luxurious leisure if the machine-produced wealth is shared, or most people can end up miserably poor if the machine-owners successfully lobby against wealth redistribution.”

Lucy, Robert, and Tim are Stephen's children from his wedding with now ex-wife, Jane Wilde. The couple tied the knot in 1965 and after 30-years of marriage in 1995, they got divorced.

He then exchanged vows with Elaine Mason in 1995. The scientist suffered from motor neuron disease for which he was left paralyzed his entire life. He authored A Brief History of Time in 1988. His books sold over 10 million books.

He is famous for his work with Sir Roger Penrose in Albert Einstein's Theory of Relativity.

Information regarding the main cause of his death is still not out. For more updates on his death keep following our website.