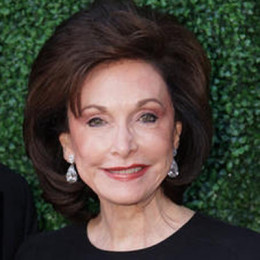 Eugenia Jones is a wife of famous businessman and Dallas Cowboys Owner Jerry Jones. She is also the precious member of the Board of Directors for the AT&T Center for Performing Arts and the Texas Cultural Trust Board. She has also a major contribution in the creation of the Dallas Cowboys Art Collection at AT&T Stadium. She is also co-chairman of for the Meadows School for the Arts. She has also a keen interest in social servicing and she has volunteered many trust fund for needy medical students.

Eugenia Jones was born in 1944 in the United States. Much details about her childhood days and parents are not revealed.

She was interested in social works and charities since her childhood days. She studied Bachelor of Arts at the University of Arkansas.

Jones is known for her work as the Board of Directors for the AT&T Centre for performing arts and the Texas Cultural Trust Board. She has contributed a lot to the Dallas Cowboys Art Collection at AT&T Stadium.

As she is interested in arts, she dedicated many years of her life in arts and arts-related activities. The success of the Dallas Cowboys Art Collection was possible due to the collective effort of Eugenia and her husband.

She worked as a co-chairperson at the Meadows School of the Arts. Former model Eugenia also contributed to many charity firms and activities.

She definitely had a huge salary during her entire career but her current net worth is not revealed so far.

Jones' husband Jerry Jones has an estimated net worth of about $5.6 billion being the businessman and owner of National Football League (NFL)'s Dallas Cowboys.

The couple lives in a two-story villa worth $13,428,790. The 14,044-square-foot Mediterranean style house is located at Preston Road featuring marble floors and 30-foot ceilings. They also owned a property in Dallas, TX, United States.

Jones, 74, is happily married woman. She tied the knot to business icon Jerry Jones on 19 January 1963.

Eugenia met Jerry at the University of Arkansas. She was in her first year while her future husband was a football captain. Falling in love at first sight, the couple is intact ever since. 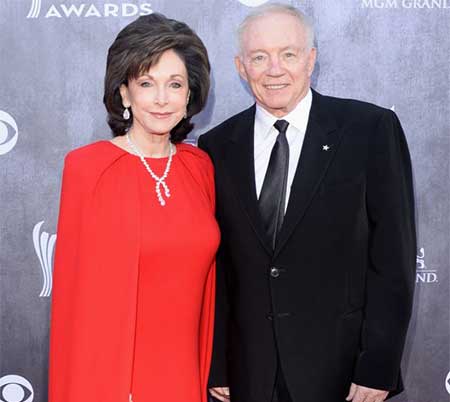 The couple is blessed with three kids. Their first child, Stephen Jones born after a year of their marriage is an Executive Vice President of Dallas Cowboys.

Their second child, Charlotte Jones born on 26 July 1966. She is currently working as Chief Brand Officer and Executive Vice President.

Their youngest child, Jerry Jones Jr. was born on 27 September 1969. He is working as Executive Vice President and Marketing Officer of the Dallas Cowboys. 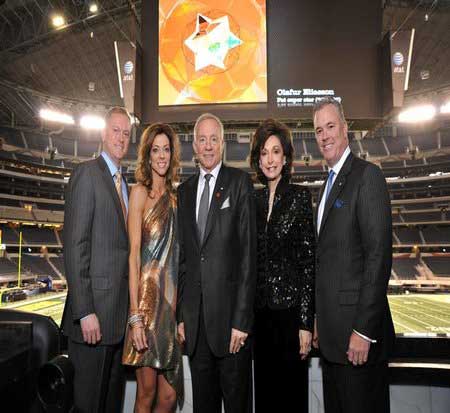 Eugenia Jones with her husband and kids,
Source: Fabwags

Jerry was pictured with some mystery woman posing in an intimate position. The leaked pictures created a great controversy in media. He stated that the images were taken five years back at a restaurant for their own purpose.

The ladies who were identified as Jordan and Lindzie stated that it just happened because of drinking too much alcohol. Jerry, however, denied all the statement and made no other comments regarding the scenario.

The couple has been together for more than five decades and they still have a long way to go ahead. Eugenia supported her husband the best no matter what's the situation.

Occupationally he is an American billionaire businessman who is owner and chief executive officer of NFL’s Dallas Cowboys. Together they are parents of three children.

He is the eldest son of the Jones family. He is currently working as acting Executive Vice President of Dallas Cowboys.

She is very beautiful and talent. She is currently working as acting Executive Vice President and Chief Brand Officer of Dallas Cowboys.

He is the youngest child of the Jones family he is currently working as Chief Sales and Marketing Officer and Executive Vice President of the Dallas Cowboys.